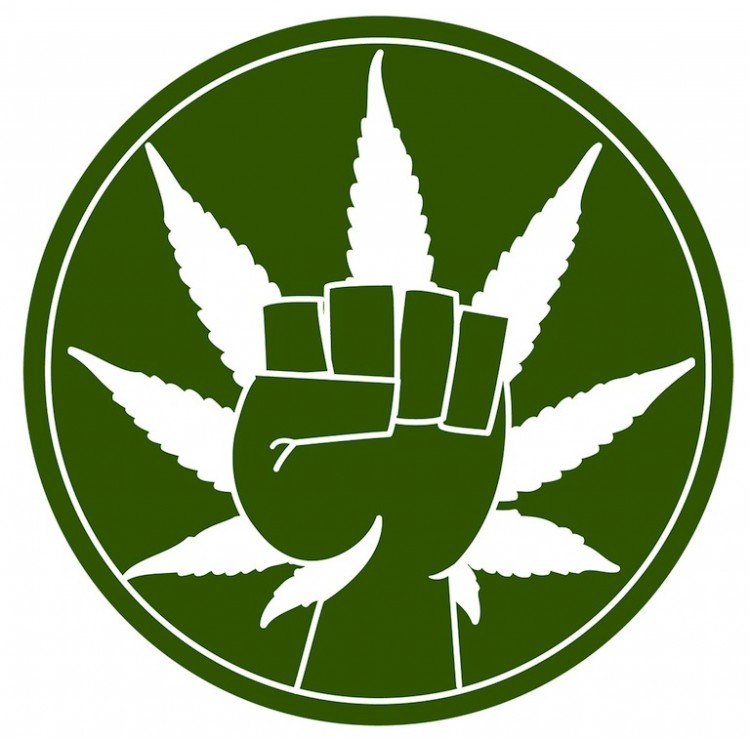 Marijuana legalization is sometimes treated as a topic to be easily dismissed, laughed off, or delegitimize. Sure journalists, writers and script reciters amongst them, love their pot puns and refer ribs– but reform is real talk. As Colorado demonstrates, regulation and taxation is much more than a teenage fancy. This saves lives, including ones which go no where near the herb, and in more ways than one. Let this piece function as a call to Wisconsin’s governor, and suggest to him a way to rejuvenate a dying city.

The Drug War–aka Marijuana prohibition–is characterized by its counterproductive predation of minority communities and perversion of law enforcement. Decades of prohibition has birthed countless justifications for its continuation, including fears of irrational consequences. None of these have come to fruition in states now ganja gambling, leaving political naysayers without firm legitimacy. With reform coming state by state, perhaps it’s time the fourth poorest American city gets it’s day in the sun.

Milwaukee Wisconsin has seen better days, from its decrepit infrastructure to its financially starved out school system. According to WTAQ.com, around 13% of Wisconsinites lived in poverty in 2014, including 18% of the state’s children. Milwaukee itself ranked as the fourth poorest American city in a 2009 analysis, a reality which only seems to get worse. In 2011, Milwaukee Journal Sentinel reports, Milwaukee’s poverty rates reached 29.4%, and currently rivals Detroit in this regard.

“You can never be happy with these numbers”, says Mayor Tom Barrett, Jsonline reports, “because they underscore the need we have to improve the economic situation for tens of thousands of people in our city.” Milwaukee’s child poverty rate dipped from 46.1% in 2010 to 43% in 2011, still Mayor Barrett doesn’t seem optimistic. The hardest stats revolve around minorities, with 41% of Milwaukee’s blacks and 35% of its Hispanics living in poverty during the same 2010-2011 period.

Wisconsin also leads the country in black incarceration, particularly non-violent drug crimes. A UW-Milwaukee study, The Badger Herald reports, found Wisconsin’s black incarceration rates, at 12.8%, blew out neighboring Oklahoma’s 9.7%. In case you’re wondering, the prison nation’s overall average is but 6.7%. The study also found over half of Milwaukee’s black males in their 30’s and 40’s had, at some point, been thrown into the slammer. According to The Badger Herald, two thirds of these men came from Milwaukee’s six poorest zip codes.

All that amounts to working age black males being unable to find work, many being forced to carry the label of “felon”. Catch a second pot possession charge under Wisconsin’s laws, Urban Milwaukee reports, and it’s an automatic felony. That means no possibility of obtaining college financial aid or an operational license. Voting rights and drivers license eligibility are restricted, and jobs in general become even more elusive.

Governor Scott Walker, how do you rectify these realities whereas one can get three DUI’s before becoming a felon? According to your spokeswoman, Laurel Patrick, “legalizing marijuana is not a priority for governor Walker. As he travels the state, this is not an issue he hears about.” Perhaps legalization should be a priority, however, given the social renaissance occurring in Colorado and elsewhere. Email responses from representatives from NORML, a cannabis reform organization, may perhaps highlight this point.

“Every city in America that does not yet have tax-n-regulated cannabis is spending money on a feckless prohibition”, wrote NORML director Allen St. Pierre, “fostering criminality and black market economy.” In fact, despite the youth of American legalization, VICE reports, cartels have already seen prices and sales dip dramatically. Plainly put, full legalization could literally put the drug cartels out of business, possibly having a positive effect on Mexico’s horrific drug wars.

“In States like Colorado”, St. Pierre continued, “tax revenue from cannabis licenses, enforcement fines, and taxes are embarked for building new schools”, something Milwaukee literally needs. “Funding for cannabis enforcement by police, paying for public service ads about responsible use of cannabis for adults”, and other such investments have also been made.

Legalization also improves police relations, from their given roles to their interactions with the public. “In general where cannabis is legal”, NORML’s email read, “police have morphed from trying to enforce an unenforceable and unpopular prohibition on cannabis and are now more like zoning or revenue enforcement officers regarding the cannabis industry.”

According to director St. Pierre, legalized areas often see local police and sheriffs picking up extra hours as dispensary security. “In Colorado, Washington state and DC”, says Allen St. Pierre, “the arrest rates for cannabis dropped by approx. 98% in all jurisdictions, clearly, freeing up police to focus on crime and behavior that concerns citizens, which is not cannabis law enforcement anymore.”

“A state can go from having a huge black market industry that is unlicensed, unregulated and untaxed”, says NORML, “run by criminals who themselves don’t pay taxes on their illegal succor…that distracts police from genuine public safety work…to a state with licensed, regulated and taxed cannabis-related businesses that raises hundreds of millions annually in taxes.” Legalization also generates jobs, which Milwaukee’s starved economy desperately cries for on a daily basis. Around 60% of all blacks in Wisconsin, according to Jsonline, live within Milwaukee’s borders.

When asked to give a statement directly to Walker NORML wrote: “In a state and city rightly famous for their beer production, keeping cannabis illegal, unregulated and untaxed when the population no longer supports prohibition is the essence of bad public policy. When a public policy fails”, NORMAL continues, “ and there are other more free market-oriented and constitutionally-compliant public policies to employ, what is the possible counter argument in a free market-loving democracy for continuation of pot prohibition in Milwaukee, Wisconsin or the US?”

“It is not possible for a politician to claim to be both pro-business, pro-personal freedom, anti-government…and still support a woefully failed cannabis prohibition created and fostered by the government.” According to NORML, Gallup polling found 58% of Americans want legalization, and Gamino Law Offices counted 49.7% of Wisconsinites in 2013. In light of all this, what’s it going to be governor?