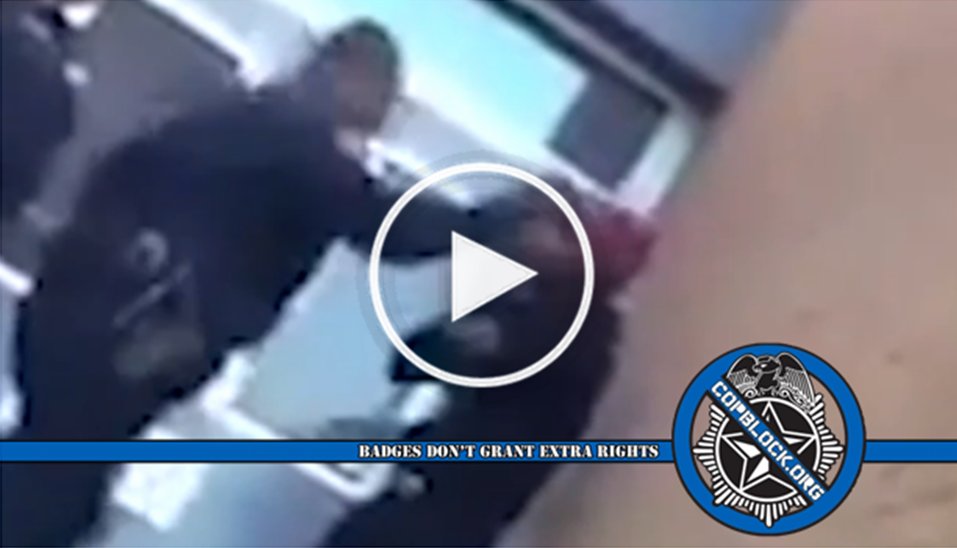 Two Baltimore city schools police officers have been criminally charged in an incident that was caught on video showing one of them repeatedly slapping and then kicking a student.

Filmed at Reach Partnership High School by another student on his cellphone on March 1, the short clip does not show the events proceeding the assault, but the unidentified boy can be seen standing up against a wall.

The footage then proceeds to show officer Anthony Spence, 44, start smacking the 16-year-old student repeatedly in the face and head.

“Fuck you!” Spence says while delivering the first hard slap.

“Go home then!” he says as he delivers a second more powerful smack to the left side of the student’s face.

“Get the fuck outta here!” Spence finally says while delivering a third slap, which doesn’t completely connect because the student ducks.

According to arrest warrants issued on Tuesday, a witness told investigators that Bias was heard telling Spence, “You need to smack him because he’s got too much mouth,” before the attack occurred.

Investigators said both officers were on duty at the time of the incident and that Spence was “not acting in reasonable self-defense” during the assault.

The two cops reportedly turned themselves in overnight and have each been released after posting $50,000 bond.

As a result of the incident, the head of the Baltimore school police force was placed on administrative leave and Spence was reassigned away from the school. An investigation was launched and school and city officials called what transpired “appalling.”

Spence’s lawyer, Mike Davey, has said that the officer believed the student was trespassing on school grounds and not allowed to be there so he confronted him.

A lawyer for the teen however, said that he is in fact a 10-grade student at the school and school officials assert that he is “believed to be a student on the school’s roster.”

According to the lawyer, the cops most likely made a mistake identifying the teen and acted without properly investigating. He called the incident an “unprovoked assault” that resulted in facial injuries.