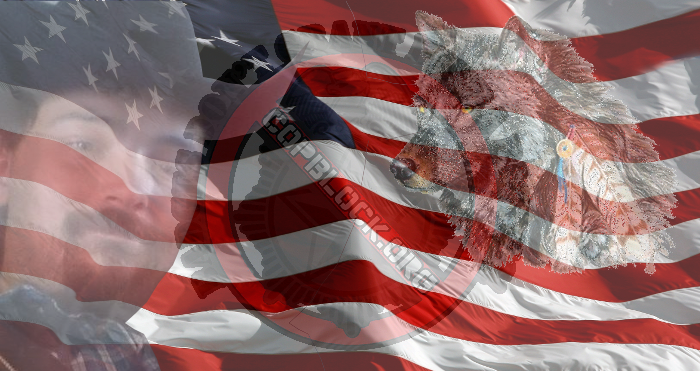 The following piece of hate mail was sent to us from Craig Bean via the
CopBlock.org Submissions Page.

Although we receive plenty of these negative correspondences, most of them are the same 2-3 sentences repeated over and over. While Craig does indeed touch on all of these cliches, he also took a little more time to do so than the usual syCOPhant. Since he took the time to do so, I have obliged to respond.

I will not edit Craig’s hate letter in any way. I will print his words to the letter in italics and respond below each paragraph in bullet points.

You guys are a freaking joke. You disrespect police and then wonder why you get treated the way you do. I agree with some of the things you post. Badges do not grant extra rights, I completely agree. But there is a fine line between standing up for your rights and being disrespectful to law enforcement officials. Yes there are bad cops out there. But most police officers just want to be able to go home and see their wife and tuck their kids into bed at the end of the day. When people like you refuse police orders whether they are lawful or not, all you are doing is instigating them.

Yes police have shot some innocent people. And those cops should be held accountable for their actions. But when a video comes out of some punk kid who has broken the law and a cop orders him to the ground, and you can hear him order the kid to the ground 20+ times in the video, and the cop picks him up and throws him on the ground you guys scream police brutality.

I deal with the police on a daily basis with my line of work. You know how many times i’ve been beaten up by the police? Zero. You know how many times I’ve been shot? Zero. I had a sheriff pull a gun on me once because of mistaken identity and he said to get on the ground. Bet you can’t guess what I did. I got on the ground. He asked what I was doing there. I told him a construction worker on this site doing landscaping. He called my boss and verified that i was permitted to be there. He helped me to my feet. Explained to me that someone had broken into one of the buildings on the site and stolen about $300,000 in computer equipment and copper wiring. He even gave me an old shirt out of the trunk of his car because i had laid down in a mud puddle and my shirt was wet and muddy. Point of this story is I had a run in with a police officer who didn’t beat me up or shoot me because I FOLLOWED HIS DEMANDS. Whether I thought his demands were lawful or not I didn’t question him. I said yes sir to everything he told me to do. It is a little word that died out in the 90’s called respect.

I watched your video about how we pay the police to protect and serve us and you guys state that they do not have a legal obligation to do so. In a sense you are right. Police are not there to make sure that I feel safe. And I do not feel that it is their job. I have guns that make me feel that my family and I are safe. Cops main job description is to protect, serve, and enforce the law. But by protecting, serving, and enforcing the law they are protecting and serving me and the community. They arrest drug users and dealers. They arrest murderers, rapists, child molesters, and many more on a daily basis. So tell me how that is not protecting and serving the community. How is that not keeping you or your kids safe. If someone breaks into your house in the middle of the night and kidnaps your kids, who are you going to call. Are you going to call your pals at cop block because you don’t trust your local authorities? No you are going to call the police and ask them to help you get your kids back safe and sound. And within a matter of minutes your house will be filled with every available state, county, and local police officer who will make it their #1 mission to get your kids back home to you safe. And many of them would not eat or sleep until they did so. How is that not protecting and serving the community?

If you want to target police officers for being corrupt, then target the corrupt officers. To say that all police officers are corrupt is no different then saying all Muslims are terrorists, all Hispanics are drug dealers and murderers, or that all African Americans are thieves and rapists. You say you don’t want the police to profile you. But what are you doing to the police?

I would pay to see any of you yahoos at copblock.org to trade jobs with a cop and see all the bullshit they have to deal with on a daily basis and see if that changes your perspective on cops. So many people are so quick to jump on the bandwagon against cops without truly understanding exactly what they have to go through. If you had to deal with all the low life scumbags that they have to deal with, you might be a little on edge when you make first contact with people as well.

Treat others with respect and you will get respect in return.

Okay, Craig, thanks for all the respect you have treated us with in your letter. Hypocrite much?

Craig could have saved himself a whole heap of trouble if he had bothered to read the posts at the
Welcome Copsuckers Page
where his accusations and claims have all been repeatedly addressed.

We would also recommend he update his syCOPhant apps.