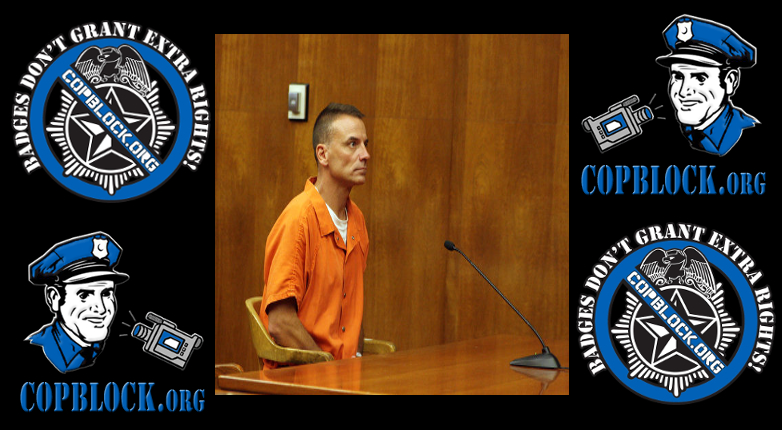 Back in August CopBlock Network contributor Chris Voluntaryist posted about Erik Reamy, a Glen Rock, NJ police officer who was arrested after the mother of a 17 year old girl discovered he was sending her daughter creepy text messages.

On March 3rd, the 51 year old married father of three accepted a plea bargain for a three to five year prison sentence in exchange for admitting guilt in the case involving the seventeen year old and a fourteen year old he was also caught sending inappropriate texts to. Reamy had been working as a juvenile detective and was conducting (separate) investigations involving the two girls at the time he sent the messages.

He also pled guilty to another charge related to stealing and then selling evidence mostly consisting of confiscated guns. That was apparently uncovered during the investigation of his text message improprieties.

Reamy was charged last summer with five counts of endangering the welfare of a child. Prosecutors said he contacted a 14-year-old and 17-year-old girl using his department-issued cell phone.

“Can I say you’re hot” and “Did you think I’d call and start sexting right away ???? Hahaha,” were among the texts he sent, according to the report.

Reamy, who remains free on $250,000 bail, pleaded guilty Thursday to a second-degree count of endangering the welfare of a child and a third degree count of failure to make the required disposition of property for selling firearms that should have been locked away as evidence, the report said.

Reamy will have to register as a sex offender, serve the rest of his life on parole and pay unreimbursed medical expenses for the victims, according to the report.

Sentencing is scheduled for June.

Reamy had been a hero for 27 years and was preparing to retire at the end of August (2015) when he was arrested earlier that month.