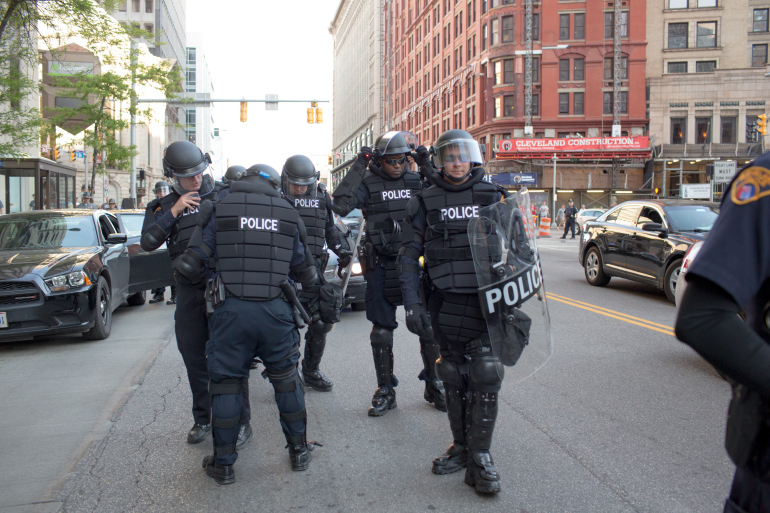 Cleveland is looking to purchase 2,000 sets of riot gear, including riot-control suits and collapsible batons, in order to prepare for the city hosting the July Republican National Convention.

The Cleveland RNC, scheduled for the week of July 18, is expected to attract 50,000 visitors.

Cleveland received $50 million as part of a federal appropriations bill back in December to offset the cost of security for the convention.

The city is also looking to purchase three miles of steel barriers, each 3.5 feet high, and another 3,250 feet of barriers that are 6.5 feet tall.

The RNC is designated as a National Special Security Event so hosts can receive federal funding.

Cleveland will plan the event security under the direction of the Secret Service.

Highly specialized instructors from federal agencies including FEMA travel to cities in advance of large-scale events like the RNC to help prepare officers.

The same amount was also given to Philadelphia, who will host the Democratic National Convention from July 25-28.