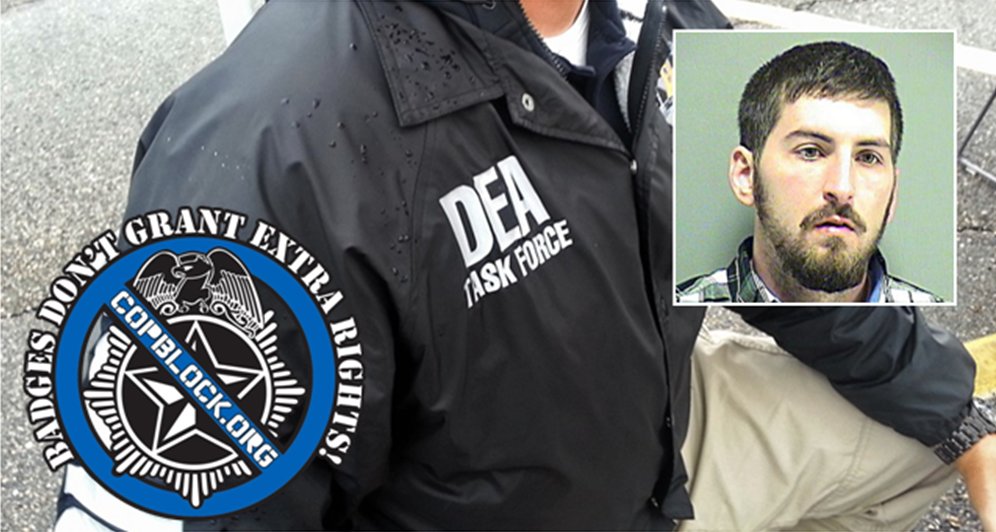 A New Orleans officer has admitted to using his position in a DEA task force to steal money and drugs, including cocaine, methamphetamine, prescription pills and marijuana from suspects and evidence lockers.

Tangipahoa Parish sheriff’s deputy and narcotics agent Johnny Domingue pleaded guilty on Friday in District Court to three counts of drug conspiracy and one count of abuse of office.

Also implicated in the case is deputy Karl Newman, who worked with Domingue in the DEA task force, another unnamed police officer, and Rose Graham – who was not a cop. Newman faces similar charges in both St. Tammany and Tangipahoa parishes.

The federal anti-drug task force came under scrutiny earlier this year when, in January, an undercover agent working for the State police met Graham to purchase more than 5 pounds of marijuana that had been “made available for sale” to him by deputy Domingue.

According to court documents, Domingue and Newman served a search warrant at Graham’s home in August of last year where they found prescription pills, $3,025 in cash, morphine and two stolen handguns.

Domingue said in his guilty plea that he and Newman split the cash and some of the pills between themselves and then logged the remaining evidence under an unrelated case name. The two officers then cultivated a criminal relationship with Graham who would sell drugs stolen by them from evidence lockers and other suspects.

Court documents say that on Jan. 25, the undercover state police agent planned to meet Graham to buy 10 pounds of marijuana – but Newman, at the behest of Domingue, “had a DEA analyst run” the cellphone and license plate number of the buyer through a DEA database.

“Domingue became concerned that Graham was selling drugs to a police officer and advised her not to sell additional drugs.” court documents say. “Graham sold the remaining 10 pounds of marijuana to another customer as a result of Domingue’s advice.”

On the next day, Domingue was arrested and state troopers searched his home, discovering evidence bags that Newman had signed over to him. Police said the officers exploited a DEA policy that allowed evidence to be transferred to local agencies with little oversight.

They found 300 grams of cocaine, oxycodone pills, methadone, Xanax and “a voluminous number of manila envelopes that contained additional prescription medications” – which “were obtained by Domingue from another law enforcement officer who obtained [them] through a prescription drug take-back program,” according to court documents.

In addition, the two cops also seized methamphetamine and cash from another drug suspect that they kept for themselves. The meth was latter found in Newman’s patrol vehicle.

Court documents say Newman sold roxicodone pills to Domingue “on approximately 10 separate occasions” and Domingue “accessed evidence storage locations at the Tri-Parish Narcotics office for the purpose of stealing approximately 20 pounds of marijuana and a variety of prescription pills.”

Domingue admitted that the drugs had been stolen “with the dual purpose of ingesting them and selling them for profit,” and also confessed to selling cocaine to Graham that had been stored in evidence at the DEA’s office in Metairie.

The plea deal on Friday is expected to perpetuate a widening of the probe into the troubled task force. Domingue and Newman were both removed from their positions in the wake of the scandal and Domingue’s sentencing in the case has been delayed at the request of prosecutors.

The Far Side Gallery 5 - Paperback By Larson, Gary - GOOD