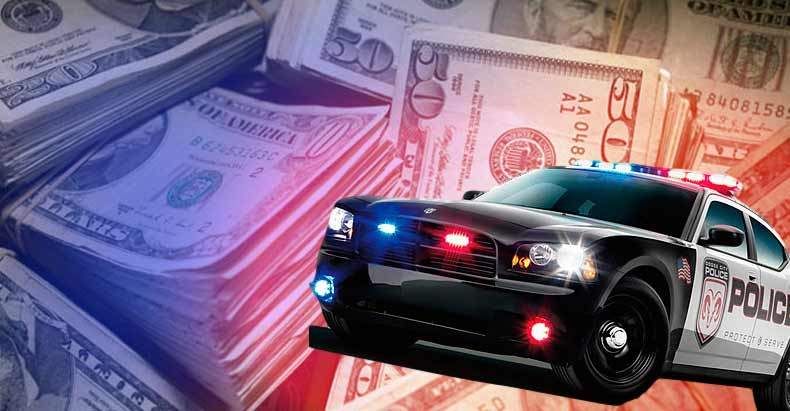 The stories below are perfect examples for why prohibition of any item, whether that be drugs, guns or whatever, is a major issue of concern – if you don’t want police to grow so large that they can take anything of yours they want. Most of us know that Heroin is bad and that it will kill you, yet, it should still NOT BE ILLEGAL and here’s why.

The reason for this is simple. Once you allow ‘lawmakers’ to ban an item you’ve open the door for them to do it for ANY item. While you might THINK that banning after market car parts, drugs and guns are a good thing you’re mistaken. While laws that say, “You cannot own this” pass they also mean that you can own everything else but that list is subject to review.

Take Philadelphia for example. Where police spent time rounding up over 50 ‘illegal’ vehicles according to NBC 10:

More than 50 dirt bikes and ATVs are now in the Philadelphia Police impound lot after a citywide crackdown Sunday.

Police announced they seized 53 vehicles Sunday, two of which were allegedly stolen. They also announced one man from Camden, New Jersey was arrested during the crackdown and charged with felony fleeing.

“We have people who die from these every year and it’s very dangerous for people walking on the sidewalks when they come ripping up and people have to dive out of the way,” said Philadelphia Police Chief Inspector Dennis Wilson. “That actually happened today around Levick and the Boulevard. That’s part of the reason that guy was arrested.”

Not only did the police steal people’s property, and yes, it’s stealing (law doesn’t magically make taking property ok), but they also put one man in a state of panic. When he fled the officers he was arrested and charged with Felony Feeing! A charge that will most likely ruin that man’s life, if he wasn’t already targeted by overly aggressive victimless crime laws.

And if you think stealing RV’s is ok because “it’s about safety” let me tell you about the cops in L.A who are stealing Tiny Homes built for the homeless. According to the L.A Times:

Escalating their battle to stamp out an unprecedented spread of street encampments, city officials have begun seizing tiny houses from homeless people in South Los Angeles.

Elvis Summers, who built and donated the structures, removed seven of the gaily painted wooden houses — which come with solar-powered lights and American flags — on Wednesday and Thursday ahead of a scheduled city sweep.

Summers, an L.A. resident who says he was once homeless, had placed them within encampments on overpasses along the 110 Freeway, for homeless people to use instead of tents.

But three structures impounded earlier this month remain in a city storage lot, a Bureau of Sanitation spokeswoman said, and the city notified occupants they would be “discarded.”

“These people are beaten down so hard, you give them any opportunity to be normal, it lifts them up,” Summers said.

“I’m getting complaints from constituents who have to walk in to the streets to avoid them,” Price said.

Authorities destroyed needles, drug setups and a gun seized from one or more of the houses and tents during an earlier cleanup.

Some advocates for the homeless see the single-story structures — about the size of garden shed — as a cheap and safer alternative to having the homeless sleep on the sidewalks.

Neighbors and other opponents, however, say they provide cover for lawlessness and criminal activity.

“They are only homes for prostitution, shooting up, smoking up,” said June Ellen Richard, 54, who has lived all her life within blocks of one of the freeway overpasses where the tiny houses were parked.

The police are taking HOMES! Let me say that again, their HOMES! Not because they didn’t pay for them, not because they are run down shacks but because they are for the homeless. As noted above some are concerned that they provide cover for illegal acts. HUH??!! By that logic we should ban ALL homes!

No? That would be crazy? Well so is taking ANY property that someone worked to acquire and didn’t use force to get. Yet, the city officials and police are not able to say the same. Everything they have was taken at the barrel of a gun. Sure, some of you willingly pay your taxes but the gun is there regardless. Just in case one day you try to tell good old Uncle Sam or his agents to get bent.

This should be the concern of all readers. Today you ask the government to take a seize the property of drug dealers but tomorrow they will come for the possessions you don’t want them to take. Your possessions. What’s more ironic is that they will take your things by using the gizmos and gadgets they acquired by forcefully taking money (taxes) from you!

So how do you feel about police taking property? IMO, they should only be taking property that they intend to hand over to the rightful owner. Anything else is simply theft. Just like taxation is theft.