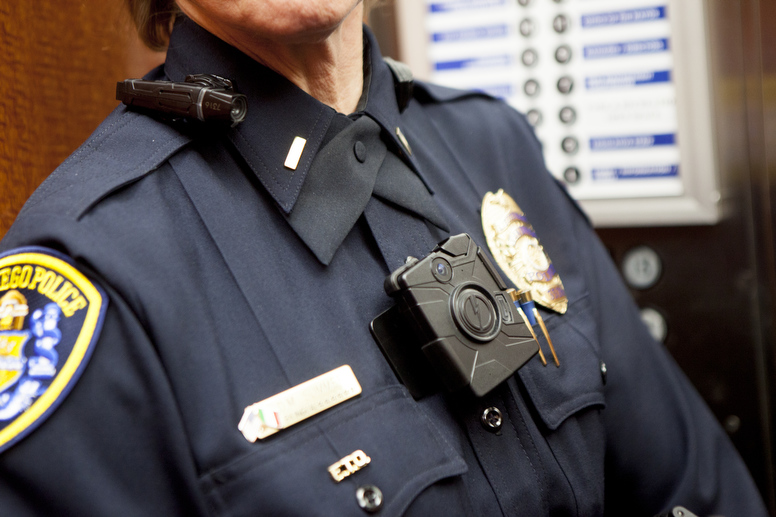 This post was written by Rob Tindula and published at sandiegofreepress.org and submitted for publishing at CopBlock.org. If you have a video or story of police misconduct or brutality, please share it using the submit tab.

A few weeks ago, the City Attorney’s Office released an 11-page memo outlining the public disclosure of police records, including body camera footage. The report stated that the Mayor has exclusive rights when it comes to releasing the department’s body camera footage to the public and listed a number broad of exemptions to go along with it.

This is unfortunate for all San Diego residents. Police body cameras have the ability to increase the accountability of officers while performing their daily duties because video evidence can provide an unbiased account of what happened at the scene. In fact, with the expansion of the body camera program, between July 2014 and June 2015, complaints against police officers fell 23 percent.

However, if footage is actively hidden away from public scrutiny, then the impartial version provided by video evidence is rendered useless. Here’s why.

Police can and do falsify reports. Take for example the case of 42 year old Fridoon Nehad, who was unarmed and killed by police last year in the Midway District. Not only did the police officer who shot Nehad have his body camera switched off, but in his initial interview with investigators, he didn’t believe that Nehad had a weapon. Five days later, after viewing the footage, the officer recalled seeing a metal object in Nehad’s hand and stated that he feared being stabbed. If police have access to the video and can write their reports or give testimony after having seen the footage, their account cannot be trusted. Rather, officers should have to tell their version before ever seeing the footage and have it compared to the events in the video after the fact to determine the credibility of the officer’s word and memory. Otherwise, the videos can and will be used to shape their story and further their own ends.

Other than especially high profile cases, mostvideo evidence is rarely monitored. It’s wishful thinking to assume that there is a team who parses through hours of body camera footage at the end of each day looking for misconduct. Assuming officers even have their body cameras on when they are supposed to, there is no way to hold them accountable or even know when smaller infractions are being committed if the footage is lumped together and stored away.

The above brings me to my next point: there are rarely any repercussions. Even if there is explicit video evidence that shows an officer committing misconduct, as was clearly the case with Nehad, there is no guarantee that the officer will ever face legal charges. Neal Browder, the officer that opened fire on Nehad seconds after emerging from his vehicle, faced no criminal charges for misconduct. I doubt that any member of the public who guns down an unarmed man with a history of mental health issues on the street will get off as lightly.

Very rarely, officers will face repercussions. Take the recent case of NYPD officer Peter Liang who was charged with killing an innocent bystander after a bullet ricocheted off a wall in a Brooklyn housing project. Regardless of if you believe he is a scapegoat as an Asian American or not, the simple fact is that he is the first officer in ten years to be convicted of police involved shooting. I find it extremely hard to believe that this is the first case of NYPD misconduct in a decade.

The bottom line is that there is no double standard. If the “nothing to hide argument” applies to the public, then it must also apply to law enforcement. But we all know it doesn’t. Police can record you at will without your consent, except for a few instances, and even then there are ways around the right to privacy. Ordinary citizens supposedly have the right to record police, but in practicality, it is often met with hostility or threats. Police officers can get off with no punishment even if there is explicit evidence implicating them in wrong doing, whereas members of the public can be charged with a crime based on less concrete evidence. Police have access to video footage in the immediate aftermath of an incident, while the public, in certain instances, has to potentially wait months or even years to get a glimpse at what really happened.

Police cannot be by judged by their actions if those actions are never seen. And even if they are, it’s unlikely that it will lead to any legal consequences. Therefore, since there are no police for law enforcement, their actions must be open to the court of public opinion. Otherwise, the protection and accountability offered by body cameras is just an illusion.