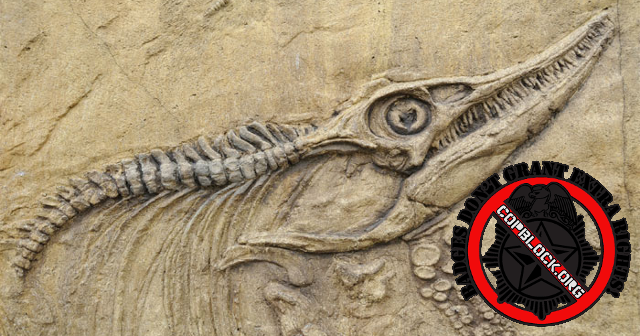 Hey there, did that get your attention? Good. Now listen up because there is something we need to talk about. Some of you out there in internet land have developed some very bad habits. Today we are gonna talk about them. Let’s start with the comment threads on our Facebook page.

Comment threads have a very specific purpose, and that purpose is to discuss the contents of the post being commented on. Many of the comments we receive make it very clear that the person made no effort to read the article. Often the comment is merely a reaction to the title or introduction. Sometimes it has even less to do with the post than that, with people using the space to advertise their own idiotic beliefs, opinions and political views. Ya’all need to fuck right the fuck off with all that.

Reactionary commenting is part of the rapid dumbing-down of our society. It is mindless automata that serves no purpose but to bolster the egos of insecure idiots. It shows disrespect to the authors and readers who are making an authentic attempt to make positive changes in the world. More often than not, it reveals a great degree of willful and prideful ignorance. People that engage in this behavior often make points that were dismissed, using logic and facts, in the article they did not read. To be so insistent that people hear what you have to say when what you have to say is uniformed garbage with no redeeming value or practical use is not exercising free speech, it is a sad groupthink activity which reveals the intellectual laziness and dishonesty that is becoming an epidemic in our society.

I am not just talking about our critics, either, because many of our supporters are just as guilty of this. None of us here at the CopBlock Network are too keen on systematic censorship, and even if we were, we could never keep up. So, instead I am appealing to your own dignity and self-respect. Please make the vanity comments stop. If you did not read the article and make an attempt to understand it, you have no business commenting on it. Doing so just makes you look like a damn fool and it just contributes to a spiraling loss of intelligence growing more and more out of control. If you see people doing this, call them out on it. Shame them for their stupid behavior. Let them know that those of us who stand for reason will not tolerate the thundering din of their asinine dipshitery any longer.

Now on to the next thing we need to discuss, which is the outrage junkie stuff. Most of the problems of policing are the little things that add up day after day, not the major stories of outrageous abuses and corruption by police. Yet, the numbers reveal a disturbing trend, which is that only articles featuring news stories likely to incite outrage get much attention. This is nothing new. Sensationalist journalism has been around for a couple hundred years to take advantage of this human trait. It has had a devastating effect on our collective ideology and has been even more disastrous in how it has shaped our media. It creates a situation in which intelligent topics and keen observations are buried underneath a pile of hyperbole.

The only way to reverse this trend is to get you, the consumers of media, to make an intentional effort to pay more attention to the subtle, yet often very enlightening, stories shared at CopBlock.org or anywhere else. If we continue to treat the media with an approach that is merely reactionary, both society and the media will get worse. So take some time to read the think pieces and to like and share them in your social media. Help to start a forward trend of intellectual behavior that goes beyond the pointing and yelling of outrage junkies. If we had a more intelligent, well-educated humanity we would not be in this mess. The police state feeds on ignorance and stupidity. Fight them where it will hurt the most, start a revolution of intelligence that begins with better media consumption habits.

And finally, stop telling us what our place is. We sometimes share articles and stories that go beyond the obvious into the cultural and ideological premises that the police state exists within. The problems of policing go beyond the police into the basic tenets and structures of our society and our world views. Fighting police by exposing them is not enough to fix the issues. We must deconstruct all areas of our lives in order to uncover all of the erroneous thinking that goes into the creation and support of the police state. No corner can afford to be left unexamined if we wish to see the bigger picture policing exists in and how exactly it fits into it. Only through doing so can we hope to make lasting changes that address policing now and into the future. Before the words ‘This page used to…’ come out of your mouth, take a second to realize how idiotic what you are about to say is. We are a rotating cast of critics and activists who are always evolving. Condemning us for that really just illustrates how intolerant of and resistant to evolution you are in your own lives. That criticism is a self-condemnation which reflects far worse on you than on us.

All that being said, we thank you all for your support. We are grateful and humbled at how many people invite us into their daily lives. We hope you continue to grow along with us and become not just allies, but people so empowered by truth that you cannot help but try to make a difference through your own efforts. I prefer not to have to stoop to fantastic headlines just to get your attention, so take the advice above to heart and hopefully together we can change the world.