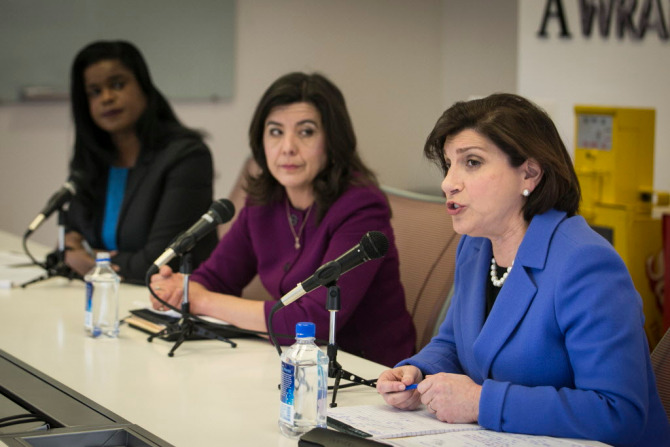 The amount of corruption uncovered relating to police coverups last year left a wake of government officials and other state actors unemployed with their reputations permanently tarnished. Most recently Anita Alvarez in Chicago, who may have helped Rahm Emmanuel cover up the death of Laquan McDonald and Timothy McGinty, the Cleveland prosecutor who refused to indict the officers who killed 12 year old Tamir Rice.

Many, however, argue that Alvarez helped Chicago Mayor Rahm Emanuel cover up the death of McDonald. Although the state’s attorney did eventually charge Van Dyke with murder after a judge ordered video of McDonald’s shooting to be released, that was 400 days following the teen’s death.

During an interview with the Chicago Reader last week, Foxx criticized Alvarez’s ability to take on flaws in the criminal justice system, calling for a “broader and more holistic view of how we prevent crime and how we keep communities safer.”

“The public has to hold feet to the fire on these issues. And Anita Alvarez’s feet have not been held to the fire,” said Foxx.

Similar criticism was behind “heavy organization from anti-discrimination and anti-police brutality groups in Chicago, many of which are affiliated with the Black Lives Matter movement,” according to the Huffington Post.

These groups, noted In These Times, “helped lead a savvy social media campaign using the hashtag #ByeAnita to draw attention to Alvarez’s long history of allegedly protecting police officers accused of misconduct and routinely violating the rights of African Americans in the criminal justice system.”

Foxx will now take on Republican Christopher Pfannkuche in the November election.

“The voters have spoken,” McGinty said in a statement conceding the race. “I love the prosecutor’s office and I am proud of all that we have accomplished and of all the outstanding dedicated professionals who work there.”

Police shot Rice in November 2014 as he played with a toy gun. After McGinty chose not to indict the officers involved in Rice’s death—despite findings by a Cleveland Municipal Court judge of “probable cause” for murder and other charges against officer Timothy Loehmann for his role—the prosecutor faced calls demanding his resignation. That frustration helped open the door for challenger Michael O’Malley to step in.

“The community was very upset over the actions of prosecutor McGinty and Michael O’Malley seized the opportunity, stepped into the void, and the community responded favorably,” Ryan Miday, O’Malley’s campaign manager, told Fox 8 News.