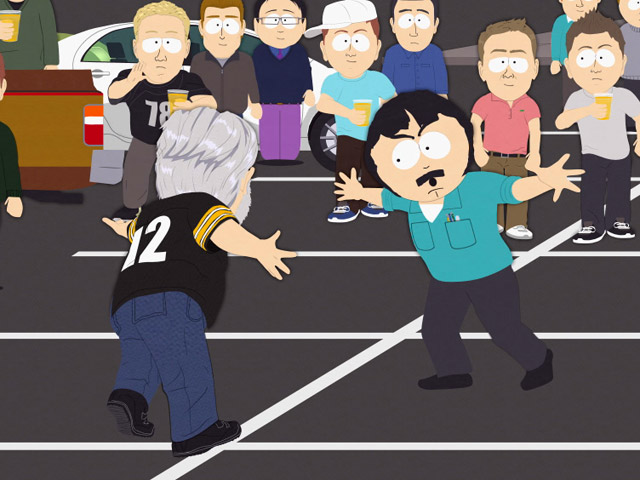 Earlier this week, the police in Charlton Massachusetts issued a stern warning to residents that they should be on the lookout for groups of men roaming the city and challenging random strangers to rap battles.

In a breathless all points bulletin that was later released to the media and then the general public, a dispatcher warned officers that the men were likely armed with dope rhymes and possibly concealing phat beats that they could brandish at any moment. (That’s how I’m assuming it happened.)

Charlton police told WCVB-TV that a black SUV containing a group of men in their late teens or early 20s pulled up next to three teenage boys Saturday afternoon.

One of the men got out of the vehicle and started rapping. The other men then asked the teens if they wanted to “spit some bars” with them. When the boys declined, the men drove off.

Further details were provided by the Boston Globe:

“With something of this nature we don’t know the specific intent,” said Sergeant Gary Mason. “It could be that they just wanted to just do some freestyle rapping, but one of the concerns is that one of the occupants had exited the vehicle and asked if they wanted to come in to spit some bars.”

The people who tried to incite the “rap battle” have not yet been found, Mason said.

Police said the behavior was “suspicious” and “frightening” to the boys, but it did not appear to be an attempted abduction. Regardless, the department said it will take the complaint seriously “until proven otherwise.”

The incident prompted police to inform the public, see if any agencies had similar incidents, and encourage residents to come forward with helpful information, Mason said.

Some people might question why the police would be bothering to carry out what appears to be a low level manhunt for some guys that probably just watched “8 Mile” a few too many times (instead of using whatever resources were involved to test all those backlogged rape kits or something crazy like that). I would tell those people to be quiet and not ruin this for me.

As much as some people don’t often take the threat of drive-by rap battles seriously, there is obviously historical examples of the danger this type of urban unrest can represent. In the most well known and infamous instance, the East Coast vs. West Coast Hip Hop Wars ultimately resulted in the murders of Tupac Shakur of Death Row Records and Biggie Smalls of Bad Boy Records.

In a related incident in 2004, a group of unsuspecting young boys from Colorado got “served” by some children from a different town. When the father of one of the boys subsequently attempted to intercede on their behalf, things escalated profoundly. When all was said and done, he ended up in the hospital with what doctors described as “the worst case of having been served they had ever witnessed.”

Nor is this type of danger restricted to the United States. In a tragic incident during the “Dance, Dance Revolucion” of 2006 (not to be confused with the Dance, Dance Revolution of 2015), a young Cuban teen, who appeared to have a very bright future ahead of him, was defeated by Fidel Castro himself in a very competitive electronic dance-off. In a display of ruthlessness that often accompanies such competitions in Communist countries, the dictator then publicly executed the young man without mercy.

These type of music-based domestic terror threats are obviously nothing to be taken lightly. The police in Charlton are wisely advising everyone to be on the safe side and reminding the public that if you see something, you should spit something. Not since the Scary Anarchist Halloween Plot of 2015 has this level of fear swept through the country.