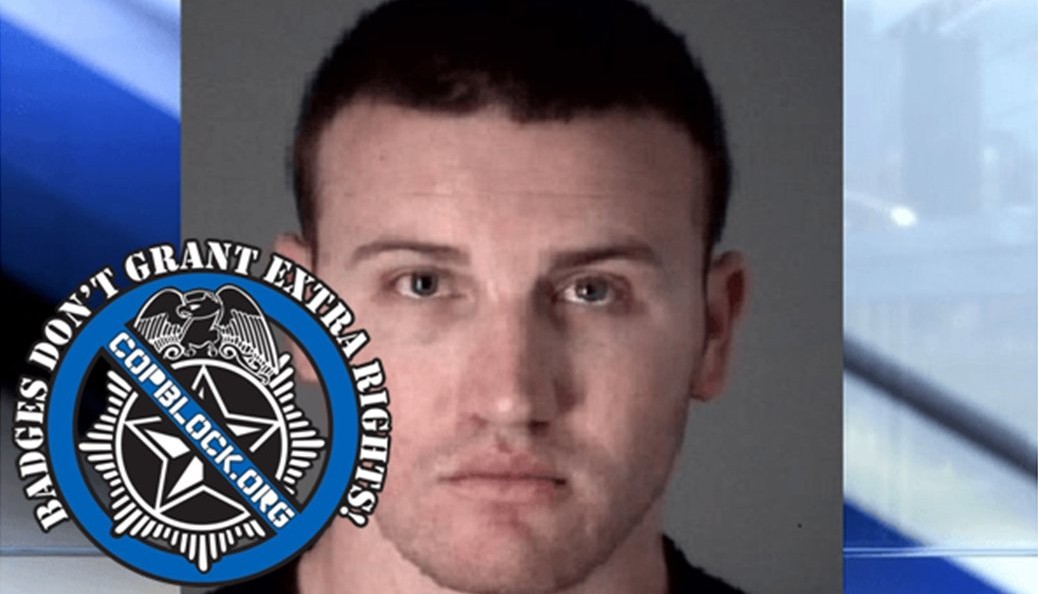 A Florida cop was arrested on Thursday after being accused of serving and protecting the shit out of a 7-year-old girl.

Pasco County Sheriff’s Deputy Ryan Ferguson, 29, was arrested and charged with child abuse for putting liquid hand soap in the girl’s mouth, choking her, and then hitting her in the face.

The young girl told police that on March 13, Ferguson put the soap in her mouth because she had lied to him and then threw her onto the couch where he repeatedly smacked her behind.

The girl said Ferguson then pulled her off the couch and onto the floor and began hitting her on both sides of the face with an open and closed fist before choking her by the neck and striking her some more.

It isn’t clear how Ferguson is acquainted with the child and her identity remains unknown. It also isn’t clear if he was working in his official capacity as a detention deputy when the assault occurred.

It was a 4-year-old sibling of the girl that originally reported the abuse but Ferguson denied doing anything other than giving the child a spanking.

According to investigators however, the girl’s face, neck, forehead and lower back were red the next day and a medical examination confirmed that her injuries were consistent with her version of events.

A doctor said the girl had bruises under her eyes, which were systematic of being choked – and also exhibited bruising on her forehead, which was consistent with being hit with a closed fist.

Ferguson claimed the child suffered the injuries to her face as a result of a shopping cart falling on her but the doctor disagreed saying they were “without a doubt from a violent and severe beating about the face as well as choking, which is exactly as the victim reported it occurred.”

According to court documents, Ferguson “intentionally and willfully committed a battery upon the victim.” The incident illustrates the innate violent personalities that professions like law enforcement attract.

In other similar incidents involving children, officers often set themselves up as an authority that supersede the rights of parents in determining how to properly punish their kids.

This type of behavior is exhibited by governments and government employees like cops who fancy themselves the first owners of all children upon the rationalization of some conception of “the common good” or “its takes a village to raise a child.”

In February, Police State Daily reported that on the federal level, a new draft proposal released by the U.S. Departments of Health and Human Services and Education admitted the desire to construct a new bureaucratic apparatus that would make the federal government an “equal partner” in how children are raised.

Ferguson, who began working the Pasco County Sheriff’s Office in 2011 was arrested and booked into the Land O’ Lakes Jail on Thursday.

“He should be shown no mercy he’s been terminated and arrested. He’s no longer a member of the Sheriff’s Office,” Pasco Sheriff Chris Nocco said. “This is an angry individual who was taking out anger on an innocent little kid. He should be in jail and should probably go to prison for the crimes that he committed against this poor child.”