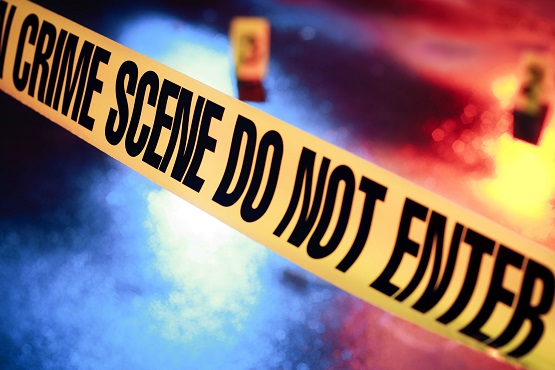 “It’s just not like him” said Christi Avila, the stepmom of Vincent Avila Jr who was shot and killed by Shawn Michaels – who’s a Fontana, CA police officer – early Wednesday morning. Michaels lives at the home where Avila Jr. was shot and killed and was NOT on duty at the time.

Today, I spoke with Christi Avila via telephone and she outlined her concerns with what the police have told her thus far and the conflicting reports in the media. Both the LA Times and KTLA 5 report that Avila Jr was inside the home and/or had possessions on him from inside the home. See below.

The officer awoke about 5:39 a.m. to find a man trying to steal personal belongings inside his home in the 20000 block of Ochoa Road, according to the San Bernardino County Sheriff’s Department. The intruder was armed with a handgun, sheriff’s officials said.

During a brief struggle, the officer tried to subdue the man and was able to hold him at gunpoint, authorities said.

But the intruder ignored the officer’s orders to show his hands and lie on the ground, sheriff’s officials said. The man reached for his waistband, and the officer shot him in the upper torso, authorities said.

The victim said he woke up and found a man — armed with a handgun — in his home and trying to steal property. The Sheriff’s Department did not say what the man was trying to steal.

Neighbor Jamie Valenzuela said investigators told her the intruder attempted to steal the officer’s wallet, keys, gun and was trying to take his motorcycle too.

“The guy looked like he was going to cooperate and bring the motorcycle back and that’s when things escalated,” Valenzuela said.

The off-duty officer briefly struggled with the man, eventually holding him a gunpoint, but the man refused to comply with commands to show his hands or to lie down on the ground, according to the release.

While both news sources quote the police, or someone who said police told them, the police released their own statement with even less details:

On Wednesday, March 16, 2016 at 5:39 a.m. Sheriff’s dispatch received a 911 call reporting a residential robbery in progress. The victim stated he woke up and found a suspect, armed with a handgun, in his home attempting to steal his property. The victim, an off-duty Fontana Police Officer, attempted to subdue the suspect, and after a brief struggle he had the suspect at gunpoint. The suspect refused to comply with repeated commands to show his hands and lay on the ground. As the suspect reached into his waistband, the victim shot him in the upper torso. The suspect was transported to St. Mary/St. Joseph Medical Center where he was pronounced dead. The victim was not injured.

The investigation is ongoing and no further information is being released at this time. Updates will be issued as new information becomes available.

Anyone with information regarding this investigation is urged to contact Detective Scott Thies at (909)387-3589. Callers wishing to remain anonymous are urged to call the We-tip Hotline at 1-800-78-CRIME (27463) or you may leave information on the We-Tip Hotline at www.wetip.com.

And here’s where it gets confusing.

While multiple reports, all from the sheriff, say that Avila Jr was in the house there simply is no evidence to support that. The sheriff’s statement above, as well as both news stories, fail to mention whether a gun was actually found on Avila Jr as well. Of course the police could be withholding that information at this time but that seems unlikely since every other time a suspect has a gun, that information is disclosed.

Furthermore, and much more damning, is the audio between dispatch and responding officers – see end of post. While the main claim being made is one of a home invasion the initial call came in as a suspicious person. A little over a minute later another transmission is made stating that Avila Jr is not cooperating. A minute after that dispatch reports that Michael had discharged his weapon.

At this point it seems that the whole interaction took place outside. That Michael merely witnessed Avila Jr outside by his motorcycle, which was parked on the side (not in Michael’s driveway), and called 911 to report it. One can assume then that he went outside to confront Avila Jr because that’s what it seems like in the audio.

As the dispatch audio plays on, after the first discharge of Michael’s firearm, you hear more conflicting transmissions. Dispatch later reports that two more shots were fired and that she could hear arguing. After that another transmission comes through stating that Michaels is reporting that Avila Jr still has the gun and it’s located at his hip. Moments later the first on duty police arrive and clear the scene of medical. You do not hear another transmission from that scene until someone request a number for homicide. So what happened? Of course the most crucial person to fill in some of these blanks is dead and that’s all too convenient for Michaels. Nevertheless, the gap in facts and evidence being provided point to a police cover up but of what? IMO, I believe that Michaels witnessed Avila Jr by his motorcycle and assumed the worse. He grabbed his gun and went into the streets to confront who he thought was a thief. I believe that Avila Jr was shot when Michaels discharged his weapon the first time and was shot again when he kept putting his hands on the wound. Michaels, being a cop, knew to say over transmissions to 911 that a weapon was involved and later police who came to assist him added that Avila Jr was in the home. This would allow for the use of force to be justified by a civilian, which is all Michael’s was at the time. Without the accusations, or fabrication, of Avila Jr being in the home this would be classified as murder.

And a murder it most likely was because it wasn’t a robbery. What type of thief would park right outside the home he was robbing? Or why would Avila Jr have left his own scooter parked just feet behind the motorcycle he was going to steal? None of what the police claim Vincent Avila Jr was doing makes any sense. What does make sense is police overreacting to situations and then working together to cover them up.

You don’t have to take my word for it either, read the media reports, read the police report and then listen to the audio below. Tell me this was a robbery. I don’t think you can.