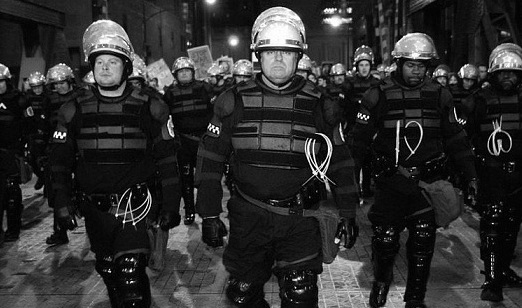 Chicago Police have been plagued by huge settlements for misconduct, totaling $662 million in payments since 2004, ABC reports.

The staggering total includes “everything from petty harassment to police torture, have brought more financial misery to a city already drowning in billions of dollars of pension debt.”

Very few police officers are held accountable for their actions according to at least one local official. Alderman Howard Brookins Jr. provides one possibility.

“If you were seen going after police, you were seen as being for crime,” he says. “Nothing happened to the police officers even after they got a big judgment against them so it appeared to be like Monopoly money.”

Chicago police, in a statement to The Associated Press, said allegations of misconduct led to 45 firings and 28 suspensions from 2011 through 2015 in a department of about 12,000.

Craig Futterman, a University of Chicago law professor, told ABC that “more than 80 percent of officers received less than 4 complaints throughout their careers.”

“It’s not that Chicago is overrun by bad or abusive police officers,” he says, “… but here, a small percentage of officers has been allowed to abuse some of the most vulnerable Chicago residents with near impunity.”