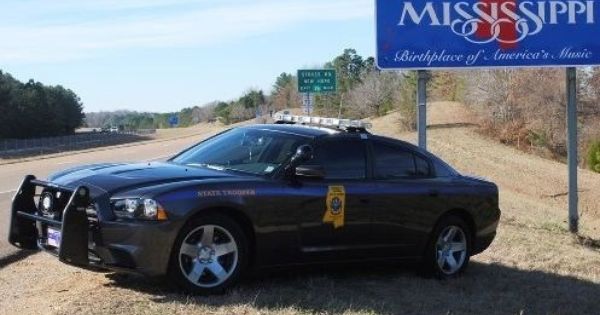 The post below was sent to CopBlock.org via the “Submission Tab” by Don who tells a tale of his wife being pulled over, issued a speeding ticket and how fighting it and “winning” isn’t really a win.

Yesterday evening I received a phone call from the wife while on my way home from Keesler AFB where I have worked for many years. In between pants to catch her breath she exhaustively informed me that two of my dogs had just gotten in a fight amongst themselves. It would seem that they became over excited when a couple of the strays, amongst the many that Hancock County Animal Control refuses to do anything about, came up to my fence barking. So off to the Vet we go to get them patched up.

The next morning, after informing my supervisor I would be late, I drove to the Vet to pick up my two four legged bad kids. The wife was behind me in her car. A pickup was just pulling out where it had been pulled over by a MS State Trooper on Hwy 43 South. The Trooper pulled back into the old steak house to sit and wait for his next prey.

We turned onto Hwy 43 South headed home, wife close behind. I was taking it easy. Didn’t want to make it too bumpy for my babies, they were hurting enough. Plus I knew the trooper was up ahead. Wife still close astern.

Right when we were coming up to our turn I see in my rearview mirror the trooper put on his lights and pull out. I thought to myself, “What is he going after? We are only doing 57 in a 55, and no one has passed up going in the opposite direction.” Then he turns toward us and gets behind the wife! “What the hell!”

Being so close to home I brought my dogs home, and hurriedly put them in the yard, then drove back to where the trooper had stopped my wife. I parked across the street and exited my truck. The trooper said on his PA for me to get back in my truck and leave. I decided to stand in front of my truck and stay. After the trooper gave my wife the ticket and I motioned her to meet me at home, I signaled the trooper that I would like a word with him. As he put down his passenger window I asked him what he clocked her speed at. His answer was that I was going to jail if I didn’t mind my own business, and that I am not playing with some city or county cop.

Now, take all that and add a great deal of high and mighty attitude, kind of like “I can do anything I want” attitude with a couple of choice words, and you will have how he sounded. I just turned and walked away as he was in mid-sentence. He is not the kind of person you can talk to. Mr. Mississippi State Trooper K037 definitely has an attitude problem!!!

Now comes the problem with the speed. My wife was about 3 car lengths behind me. She was pacing me. She was NOT catching up. She was doing the same speed as I was. I was doing 57.

I searched the web and was surprised to find that many cops have been fired for writing “ghost” tickets. They give people fake tickets to get their number up. Well K037 gave a “ghost” ticket to the wrong family.

I called the State Troopers office and demanded (I have to admit, I was REALLY pissed) a supervisor call me immediately. I told the dispatcher that I would take it to the next level if a supervisor did not call me. He responded that there was no need for threats. My reply was “Why not. He threatened me!”

I started my drive to work, had to calm down before my adrenaline blew off the top of my head. About ten minutes later my cell phone rang. It was K005, the supervisor. I “calmly” explained everything that had happened with the false ticket, her being right behind me, and the way he treated me. The supervisor was calm and nice. He explained that as for as the speeding ticket, that would have to be handled in court. As for as the way K037 treated me and threatened me was another matter. He said they take those matters very seriously and would send me a complaint form. I texted my address to him and he replied that he would get it in the mail.

Maybe if they made the cops pay the court cost on tickets that the court ruled the defendant was innocent then the cops wouldn’t be giving out “ghost” tickets anymore. But really, what ruling says that a defendant that is acquitted has to pay court cost? I really want to know who passed that law.

Thanks for listening. Wish me luck.
– Don

Don makes several good points in this post. He notes that there were no other cars on the road with him and his wife, so this accused “crime” had no victim. His interaction is testimony are clear indications of a government provided service. Aside from lacking accountability those who work for “the man” are all too often the poorest with customer service. Even the ‘supervisor’ didn’t hesitate when pushing the conclusion of the ‘ghost’ ticket issued to a matter that would have to be settled in court. Usually in most cases the saying is that “the customer is always right.” Not when it comes to the state and their services, as Don concludes, when he mentions that even if he fights the ticket and wins, he still has to pay. Which is the nail in the coffin to what all this is about, money.

You’re free, so long as you pay Uncle Sam and his goons.

One thing Don could have done is recorded the interaction so that we call could see this road priate for what he really was. I do NOT recommend interacting with police in any form without some sort of video recording device. For those with smartphones consider Cell 411, Bambuser or other apps as valuable tools that help keep you safe from overreaching government employees (like cops).