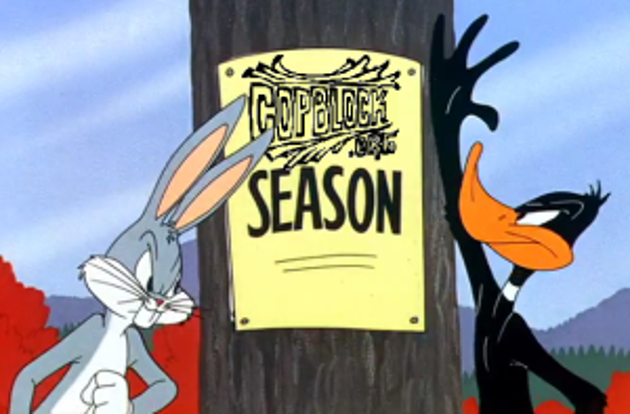 Andrew Vermiglio, better known as Shire Dude, recently made the video below announcing that it’s once again “Checkpoint Season” in Manchester, NH. Not only was Shire Dude letting his friends know of the rights violating checkpoints that will be springing up in their communities, but he was also providing them with some useful tips.

The Manchester Police Department has announced its first sobriety checkpoint of the 2016 year (4/22), continuing its tradition of revenue collection via suspicionless vehicle stops.  These ordeals have prevented nearly zero drunk drivers.  Instead, the MPD continues to harass Manchester drivers for victimless crimes, such as cannabis possession, illegal immigration or driving with a suspended license.

Numerous activists have vowed to divert traffic from the upcoming checkpoints.  This activism traditionally has a fantastic turnout, and it garners widespread support in New Hampshire’s largest city.  Cheers and expressions of gratitude are heard from passing vehicles throughout the evening.  Folks walking near the activists often stop to discuss the uselessness of the checkpoints, and activists have even been handed cash tips on several occasions.

I’ll be present at this first checkpoint, live streaming, so you can watch the event as it happens.  Bookmark this link, and it will be easy for you to tune in.  Oh, and don’t forget to grab your copblocking gear.

Shire Dude gives some solid tips in the video above and Manchester activists have been CopBlocking checkpoints for years with a high rate of success – see videos below. So I’m sure the event will be a successful one, as always.

I would also add Cell 411 in addition to Bambuser as an option to livestream. I keep both on my smartphone in case

of technical difficulties but have been primarily streaming with Cell 411. Mostly because of it’s additional features and overall uses compared to Bambuser – see this video.

That’s not to say that you won’t be arrested for it, as Greater Cleveland CopBlock founder DEO knows, but it’s unlikely when in a group such as those that the folks in Manchester, NH produce. The best way to stay safe is to be with others and know your rights. Below are a few links to other checkpoint related posts here at CopBlock.org and under those are a few checkpoint videos from various CopBlockers. Learn from them and go to your first checkpoint with someone who has experience, if possible.

Don’t forget to send your video of the CopBlocked checkpoint to us here, doing so inspires others and allows them to learn from your tactics.

How to Handle Police Checkpoints by Pete Eyre

The Morality of Police Checkpoints by Chris Voluntaryist