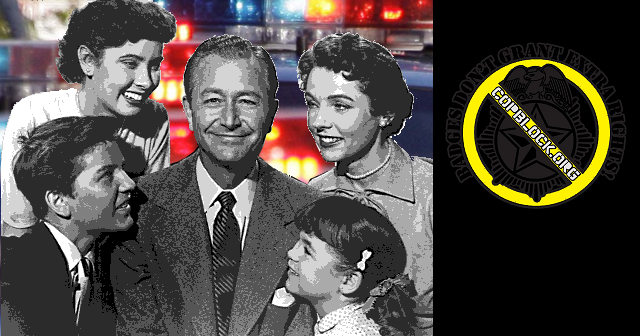 Who can forget the classic ‘Yo mama so fat…’ jokes? They were a cultural staple of the 80’s and 90’s that continue to remain in use today. However, they have also been adapted with specific themes to create jokes about real world incongruencies. For instance, ‘Yo mama so statist…’ has been a theme employed by anarchists of all adjective sects to show the discrepancy between how a loving caretaker and protector treats its charges versus how the state does.

From there it is pretty easily adapted to address ‘syCOPhants’, those radically and blindly obedient and ravenous supporters of police (aka: police apologists, copsuckers,, etc.). And while I am mixing it up I figure, why should moms get all the diss heat? So in the interest of pointing out the ridiculousness of dads who just love the cop, I bring you:

Yo papa so syCOPhantic…

…he gave a tip when paying a parking ticket.

…he makes you wear a seatbelt while playing Hot Wheels.

…he turned yo mama in for money laundering after he found three bucks in the dryer.

…he handed out warning citations to trick or treaters.

…you got grounded for a month for playing a pickpocket in a friendly neighborhood game of cops-n-robbers.

…he put a D.A.R.E. sticker on your bottle of Ritalin.

…he removed all of the Get-Out-Of-Jail-Free cards from your monopoly set.

…he refers to Anne Frank as a ‘fugitive from the law’.

…when you play paper airplanes, he plays TSA.

…when you get in trouble he takes away your chores and puts you on paid leave.

Think you got the chops to write some good ‘You papa so syCOPhantic jokes’? If so, join the CopBlock Network page on Facebook and post them to our wall!