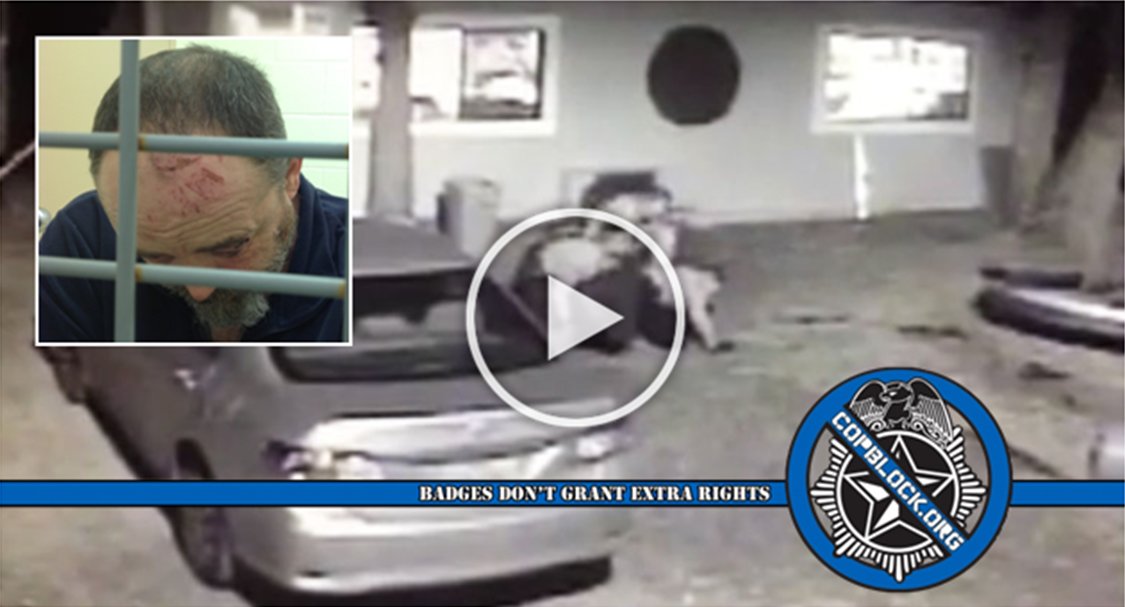 A Texas man who escaped charges after being assaulted by three Caldwell County sheriff’s deputies says he would have faced years in prison had it not been for a surveillance video that proved the cops were liars.

On Jan. 14, 2015, officers had responded to the home of 47-year-old Larry Faulkenberry after his son called in a false report that his father was drunk and waving a gun around.

The 16-year-old was angry that Faulkenberry had grounded him because of problems he was having at school, and retaliated by making the bogus call.

According to a police report filed by deputy Michael Taylor:

Unfortunately for police, a Samsung home security video camera had been set up by Faulkenberry on a utility pole years prior after a motorcycle shop he runs on his property was vandalized.

The footage shows Faulkenberry standing outside his door with his arms raised, as three officers approach him with their guns and flashlights trained on him.

Faulkenberry is seen complying with the cops by immediately placing his hands behind his back before one officer, unprovoked, sweeps his leg out from under him and the other officers take him to the ground.

The cop that made the leg sweep can then be seen punching him for a brief moment while he is piled on top of.

Faulkenberry said he suffered a herniated disc in his back as a result of the takedown, and major forehead abrasions as a result of one of the officers rubbing his face in the gravel. He also said that the punches left him with burst blood vessels in his eye.

“My whole face was cut up and lacerated from rocks in the parking area. My knee hurt for about a couple of months from where he planted me on the ground,” Faulkenberry said. “They left me laying on the ground for about 15 minutes, face down.”

Following the incident, Faulkenberry spent ten days in jail and was held on $807,000 bail. In light of the video however, prosecutors dropped all charges against him and he filed a federal civil rights lawsuit against the sheriff’s office.

The lawsuit names all three officers shown in the video: Sgt. Dustin Yost, Deputy Michael Taylor and a cop identified only as Deputy Houseston.

In addition to excessive force, it accuses police of violating Faulkenberry’s Fourth and Fourteenth Amendment rights by unlawfully searching his home for a weapon that was never found, and fabricating criminal charges against him.

The civil case is ongoing and on Friday, both sides requested “mediation [to] provide a forum to attempt meaningful efforts to accomplish resolution,” after the cops stuck to their story and claimed they did nothing wrong.

The incident illustrates the importance of capturing police encounters on video and Faulkenberry certainly concurs that without the surveillance footage, his criminal case would likely have had a very different outcome.

“Without the video I would be in prison,” he said. “There is no doubt about that.”