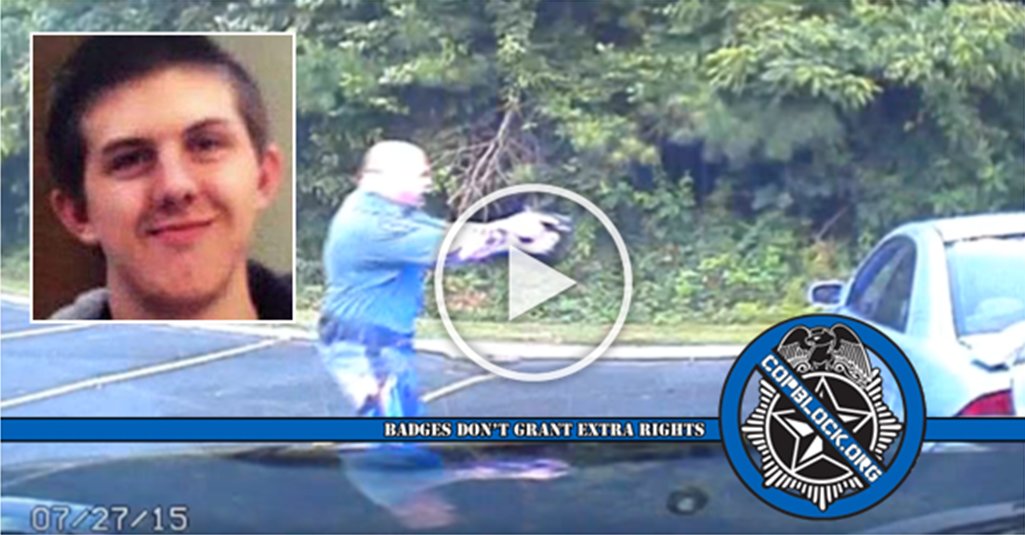 The family of 19-year-old Zachary Hammond, who was fatally shot by a Seneca, South Carolina police employee last summer, has settled a wrongful death lawsuit with the city.

Hammond was shot twice by Lt. Mark Tiller, who claimed the teen drove his car directly at him while he was attempting to make a petty drug arrest in a Hardees parking lot on July 26.

Prosecutors said the incident began when Hammond’s date mistakenly texted a South Carolina state trooper offering to sell drugs. It is unclear how the phone was pinpointed by law enforcement, but officers were dispatched to Hammond’s location to investigate.

Seneca Police Chief John Covington claimed that Tiller was only acting in “self defense,” but an autopsy found that Hammond was shot twice: once in the left shoulder from behind, and once in the left side of his chest through his drivers side window.

The shots were inconsistent with an officer firing at someone that was “coming right at him,” and police attempted to subvert public opinion surrounding the incident by releasing few details, and covering up others in its wake.

In October however, dash-cam footage was finally released confirming what the Hammond family knew all along: their loved one was needlessly executed by an over-zealous drug warrior.

The footage showed police pulling up behind Hammond’s parked car before Tiller is seen running up to the drivers side with his gun drawn. Hammond backs out slightly, ensuring he has enough room to pull out, and the officer opens fire into the side of the vehicle as the car pulls away.

Following the release of the footage, prosecutors went to great lengths to attack Hammond’s character and explain why Tiller shouldn’t be charged in the incident. They acknowledged the video looked “bad,” but cleared the officer of any wrongdoing.

“The video at full speed, standing alone, is troublesome,” 10th Circuit Solicitor Chrissy Adams said. “However, when the video and the totality of the investigation is evaluated and the laws of our state are applied, it is clear that Lt. Tiller broke no state laws.”

Cocaine was reportedly found on Hammond’s person and marijuana was found in his car. His date, 23-year-old Tori Morton, was arrested for the pot and police said toxicology reports confirmed Hammond was under the influence of both substances before his death.

According to a letter sent to the U.S. Attorney General and the FBI Director by Hammond family lawyers demanding a civil rights investigation however, a witness claimed that:

…The officer who opened Zachary’s door and pulled his dead body from the vehicle then went to the trunk of his police car and pulled something out. The officer walked back over to the man on the ground rolled him over to his side, put something underneath his body, and then rolled him back.”

The witness could be referencing the “cocaine” that was allegedly found on Hammond, and in addition, claimed that officers celebrated the teen’s death by “high-fiving” his dead body. According to the letter:

On Tuesday afternoon, attorneys for the Hammond family announced that a wrongful death lawsuit field against the City of Seneca, the Seneca Police Department, Chief John Covington, and Lt. Mark Tiller had been settled.

“The civil litigation involving the death of Zachary Hammond has settled for total payments to the Estate of Zachary Hammond in the amount of $2,150,000,” Attorney Eric Bland said. “There will be no further legal proceedings between the parties. Rather than endure a lengthy litigation process, both parties agree [to] an early resolution.”

Even though Tiller has been cleared in the killing by the state of South Carolina, federal authorities including the FBI Columbia Field Office, the U.S. attorney for South Carolina, and the Department of Justice Civil Rights Division, continue to investigate. The Hammond family is still hoping for a federal indictment.