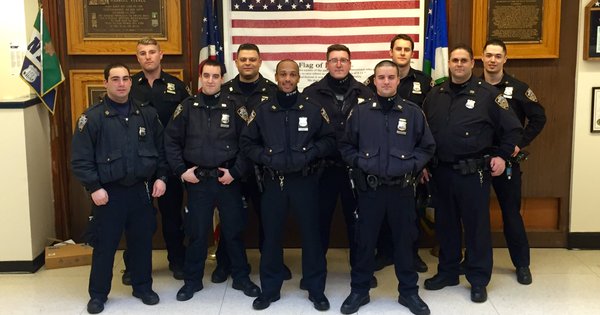 Two captains, three lieutenants, three sergeants, three detectives and 12 police officers were involved in a probe launched to uncover a police protection racket in Flushing’s 109th precinct. The names of the officers involved have not been released as no charges had been filed  at the time of the report.

At least six officers have been stripped of their badge and gun and placed on modified duty since the launch of the probe. At least one officer has crossed over the thin blue line and is cooperating in the investigation.

Yatyu Yam has provided IA investigators with secret audio recordings of himself and his colleagues. The most damning of all shows Sung, Yam convincing other officers not to raid certain clubs.

The probe was launched after Lt. Robert Sung and Detective Yatyu Yam were arrested for taking bribes in exchange for inside information about upcoming inspections with club and bar owners last December. Information provided by Det. Yam detailed the operation as a protection for payment scheme where the officers provided a certain amount of extended protection to any of the bar and club owners who were willing to pay for it.

The officers who unknowingly participated have been criticized for failing to take police action or file a report of possible wrong doing with higher ups or internal affairs. Charges or disciplinary action for these officers has yet to be decided on.

The officers also frequented off limit clubs and routinely partied with “pleasure girls” who offer “rub and tugs” in the back of massage parlors. Much of the activity was secretly recorded or captured on surveillance video and will probably be logged as evidence against Yam, Sung and the rest of the officers from the 109th precinct who were involved.

The investigation which lasted two years uncovered that Yam was so close to the club owners that they were often invited to family barbecues and officer birthdays. Often times these were the places where Yam would receive his $2,000 monthly payoff. These transactions happened monthly over a three year time period.

If convicted Yatyu Yam face 15 years in prison. Robert Sung was terminated from the NYPD for refusing to be interrogated while under suspension. He faces seven years if convicted of taking bribes.

His lawyer, Marvyn Kornberg, would say only that Sung “was not fired over any charges involved in the criminal case.” Sung faces up to seven years in prison, however, if convicted of taking bribes.

Jeffrey Lichtman, Yam’s lawyer,  said he is “attempting to work out (the case) and is seeking to resolve the matter amicably.”

Police Commissioner Bill Bratton along with his top aides met behind closed doors on Wednesday to discuss the re-vamping the entire precinct by transferring out the majority of the personnel who currently staff the precinct. Currently the decision is on hold as the investigation unfolds.

However three of the officers involved were transferred to commands in Manhattan, The Bronx, and Brooklyn not one week ago in what appears to be the beginnings of a department shakeup of 109th Precinct personnel.