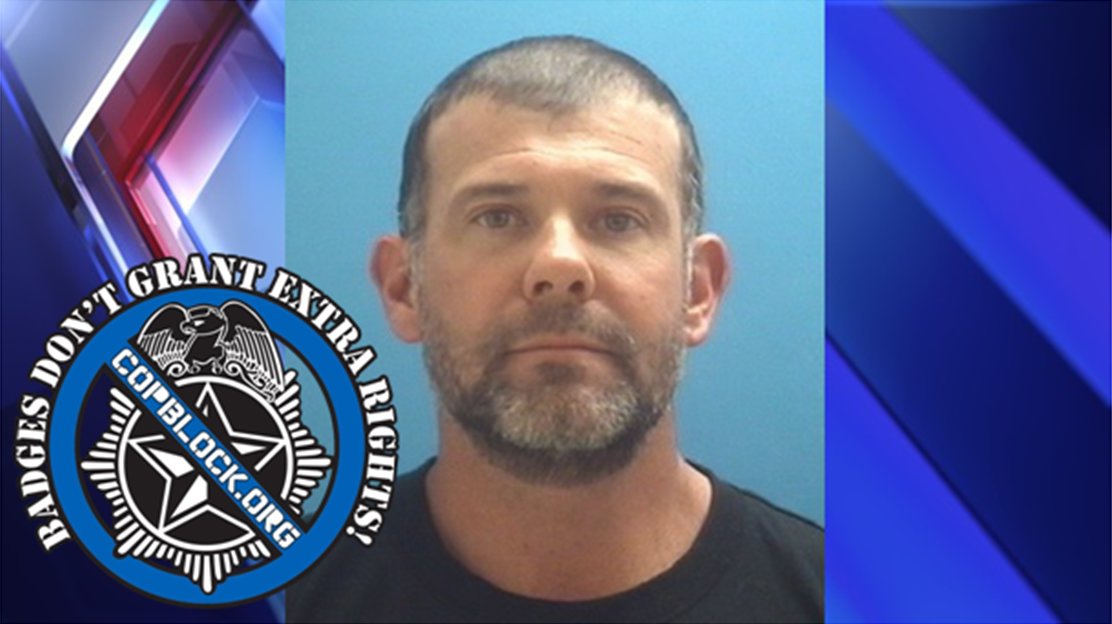 The department had conducted an annual audit that uncovered “discrepancies” in its evidence room that have now been attributed on Coomes, who worked as Narcotics Unit Supervisor from Dec. 2011 to Oct. 2015.

He also faces four misdemeanor charges: two counts of theft, possession of a controlled substance, and possession of marijuana. Some items taken were returned and some weren’t, according to state investigators, who said Coomes possessed the illegal drugs outside of the scope of his duties.

The charges are symptomatic of the perverse incentives created for drug warriors who often use their access to evidence to procure illicit substances seized from suspects in order to use or sell them.

Earlier this week, former Tallahassee, Alabama assistant police chief Chris Miles was sentenced to 41 months in federal prison – in part for stealing 16 pounds of marijuana from his department’s evidence locker.

According to prosecutors, Miles sold the pot to an unknown drug dealer and pocketed $4,000. He is also accused of taking a 9-mm Beretta handgun from an evidence locker in another case that is ongoing.

In February, a former O’Fallon, Missouri police detective received a 10 year suspended and six month active sentence for stealing drugs from a department evidence locker during 2013 and 2014.

Coomes was released from Bartholomew County Jail after posting 10 percent of a $75,000 bond and is scheduled to appear in court on May 9. He faces up to around 20 years in prison for all charges.

“Police officers must be accountable for their actions and conduct both on and off the job,” Columbus police chief Jon Rohde said. “They are expected to adhere to the oath they take and a code of ethics that holds them to the highest of standards. You can be confident that the officers on the Columbus Police Department will be held to these high standards.”