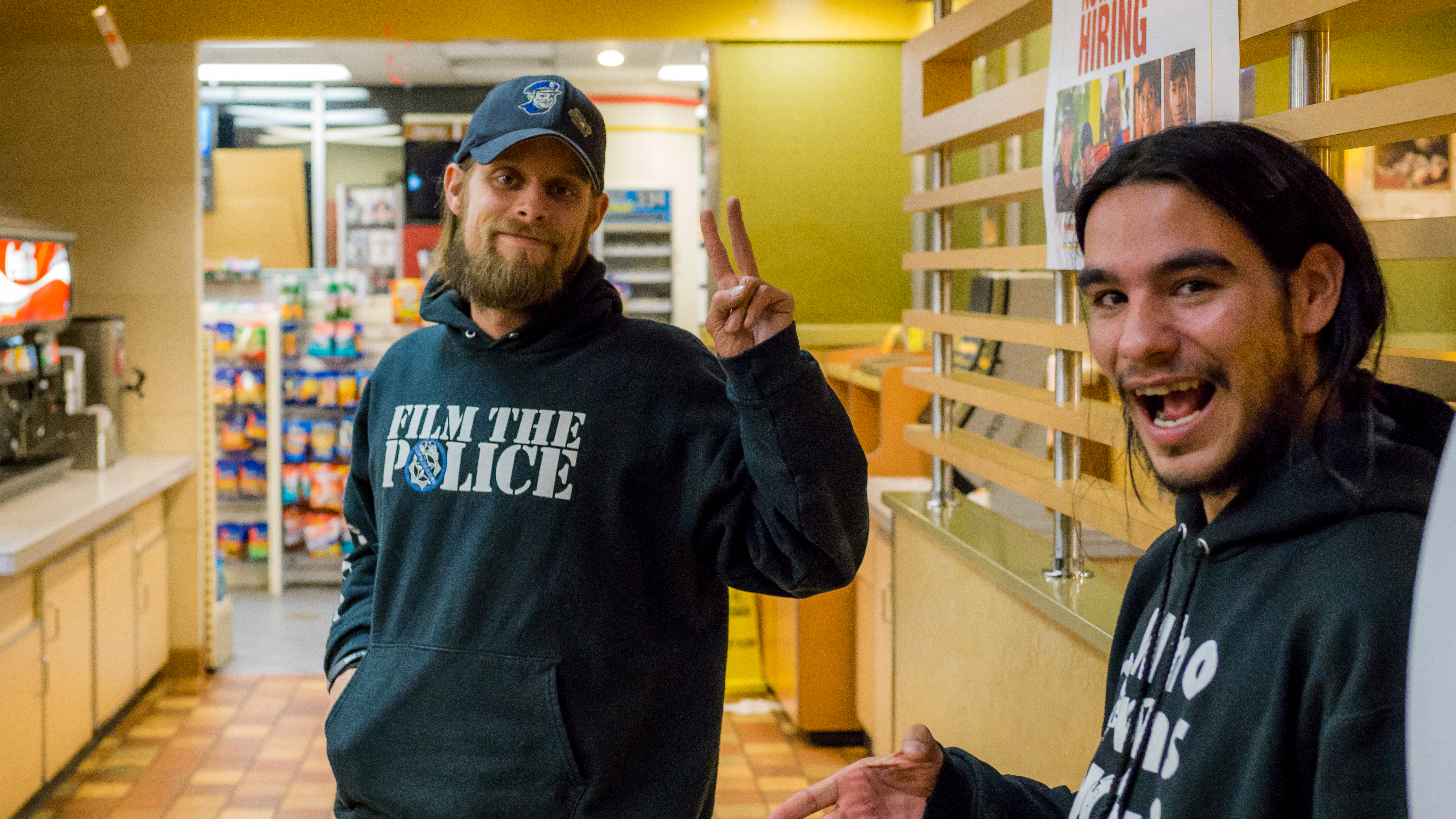 While traveling to Parma, OH Ademo Freeman (aka; Adam Mueller), co-founder of CopBlock.org, was arrested by State Police for possession of narcotics – methamphetamine. Before we go into details of the arrest, as we know them now, we want to say that we clearly support one’s right to put whatever substances a person wants into their own bodies.

The drug war is directly responsible for ruining millions of peaceful drug users lives while also emptying the pockets of taxpayers who may, or may not, do drugs themselves. In fact, there are only a small percentage of people who really want “these” people locked up AND are willing to voluntarily pay for it. Everyone else is merely a victim of the war on (crap) people.

Watch the video below to understand how prohibitions ruin communities (or markets) and do nothing to stop the use of any substance.

Back to the arrest.

It appears that Ademo was traveling to Parma, OH where he’s been visiting Deo Odolecki – the jailed Greater Cleveland CopBlock Founder – and seems to have been pulled over by state police for a traffic offense. There really isn’t much else to report other than a search took place and Ademo was taken into custody.

Since Ademo failed to record his own arrest, shocking right, we don’t have a video to spin in any direction. For a man who’s dedicated the last eight years of his life to highlighting police abuses and advocating recording the police, this is a major embarrassment, and absolute dick move. Not only to himself, but to all of us here to do live by these principles. Not to mention the money because CopBlock always got a boat load of cash off Ademo’s arrest videos.

While we support Ademo’s right to put what he wants in his own body, we cannot support him for being a coward in this arrest and costing the CopBlock Network it’s next Christmas bonuses. Brian was going to buy himself a gold-studded meth pipe and Joshua was going to finally take that child prostitution vacation in Thailand that he has always dreamed of. Kelly is sad that he will not be able to afford to invest more in his disappearing/reappearing sidewalk chalk start-up. Ademo’s error is a fallen tree on the tracks of our gravy train. Therefore, there will be no call flood, fundraising or push to free Ademo for his crimes. Our plan is to leave him in jail so that he learns a lesson and never again forgets to record the police.

Furthermore, we’re making this a full fledged CopBlock rule. From now on, any self proclaimed CopBlocker who fails to film their own arrest will have their membership revoked and all the glory that comes with it. If you can’t film your own arrest you don’t deserve to wear the colors of a true CopBlocker. There’s no excuse either. It doesn’t matter if you’ve been arrested a dozen times and filmed them all. Miss the last one and say goodbye to your CopBlock Membership and all of the perks it brings, like sexually adventurous groupies and free meth.

And we’re setting the example with Ademo, he’s done with CopBlock forever. We plan to elect a new co-founder next month at the annual CopBlock Summit and redirect all of his ad revenue for past contributions to wronged former CopBlocker Larry Kiddey. Ademo will, however, still be able to participate as a member of our controlled opposition group, Civilians Against Cop Block.

To be clear, if you believe this we have some ocean front property in Arizona we’d like to sell you too. Sorry trolls, Ademo remains out of jail and on all sorts of drugs; see here! #FTP