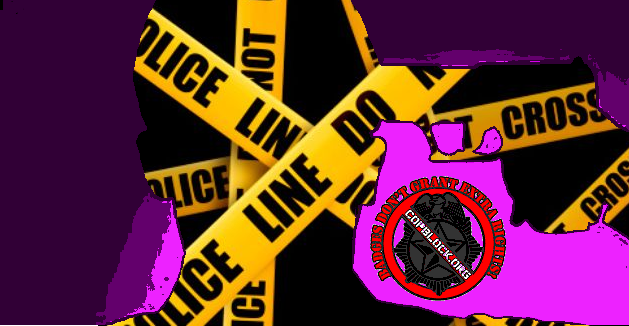 As police become less likely to be killed by civilians, their rate of suicide continues to rise. The following statistics were given for the year 2012 by policesuicidestudy.com:

91 percent of suicides were by males.

63 percent of suicide victims were single.

11 percent of suicides were veterans.

The high rate of suicide in middle-aged men coincides with divorce rates for that age group, as is also suggested by other statistical factors included above. This is likely due to the high rate of child and spousal abuse and infidelity, as well as alcoholism, that plagues police families. And the fact that 11% of the suicides occurred among veterans illustrates the psychological toll one endures from being an agent of violence for the state.

So if you want to lower your risk for committing child abuse, domestic violence and spousal abuse, extra-marital affairs, chronic alcoholism and suicide; we have one great piece of down-to-earth practical advice for you.

Don’t become -or- stop being a cop.

Life is too short to abuse yourself and those you love just to get that rush of power policing provides. You owe more to yourself and your loved ones than you do to the people who enact the laws that turn your life into a constant nightmare from enforcing them. Transform your energy into something more productive and fulfilling. Do not let yourself become another victim of policing from the inside of that insanity. It takes more courage to walk away and yields better life outcomes.