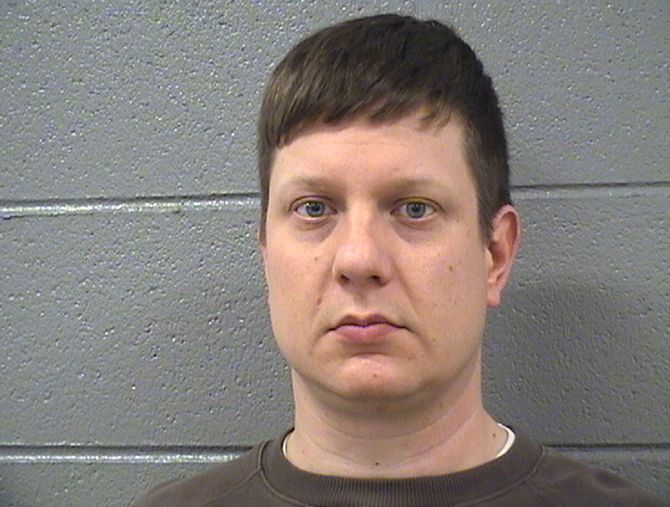 Jason Van Dyke is the former Chicago police employee who shot and killed Laquan McDonald in October of 2014. The murder would have never come to light if it weren’t for a lawsuit settlement offered by the city – before the family could file their own. A suit that settled later for five million dollars.

Since then Van Dyke has been removed from his duties at the CPD and has struggled to find work. Therefore, his brothers in blue have once again come to his aid. According to the Chicago Sun Times:

WFLD-Channel 32 first reported Wednesday night that Van Dyke was working at the FOP hall in the West Loop because he couldn’t find another job.

Dean Angelo, president of the Fraternal Order of Police, said he decided to hire Van Dyke after receiving a call from the Chicago Sun-Times several weeks ago asking whether the officer was working for the union.

On Wednesday night, Angelo said he then considered the idea and decided to give Van Dyke a job.

Van Dyke, who is stripped of his police powers and is on unpaid status, makes $12 an hour from the FOP — slightly above what a typical unarmed security guard is paid — to be a jack-of-all-trades for the union.

“He might be on the roof, he might be in the office, he does anything we need,” Angelo said.

“We’ve probably had 100 people in no-pay status who we got jobs or hired at the hall. This is nothing new,” he said.

Angelo said one of those officers was Serena Daniels, who was stripped of her police powers and was eventually fired after fatally shooting LaTanya Haggerty, an unarmed passenger in a car, in 1999.

The Rev. Michael Pfleger blasted the move, saying in part on a Facebook post: “The Police Union says to Chicago we don’t give a Damn what he did or what you think he is one of ours, and we are going to take care of him . . . ”

While Van Dyke’s buddies have taken care of him with legal funds and this job, McDonald is still dead. Van Dyke shouldn’t be working in a McDonald’s let alone serving drinks to LEO’s after their shifts. This is just another slap in the face to his victim and those who seek justice for him.

Yet, the FOP probably has no other choice. Even though the story above notes that a few former FOP members are the ones who were upset with the hiring they (the FOP) still cannot turn it’s back on Van Dyke. If they do its members will lose faith in them. They will then remove their funding from the union and it will crumble. So even if most cops were upset with the association with Van Dyke they would probably tolerate it because they’d want to be supported in the same fashion – blindly. If the FOP proves to no back its members than what are they paying them for?

And that brings us full circle to just how messed up the service of protection is. Had Van Dyke worked at Taco Bell and poisoned McDonald when he made an order you can bet that Taco Bell would put as much distance between them as possible. They wouldn’t have offered him a job at their headquarters or cared how difficult it was for him to find work. After all, Van Dyke gave the CPD a black eye it’s still healing from and they should distance themselves from people who cause them such conflicts.

But that’s too logical for a government monopolized business to take on. Until we can stop paying police employee’s salaries this is what we’ll get.

Is this justice? Should Van Dyke be wearing anything other than prison gear?