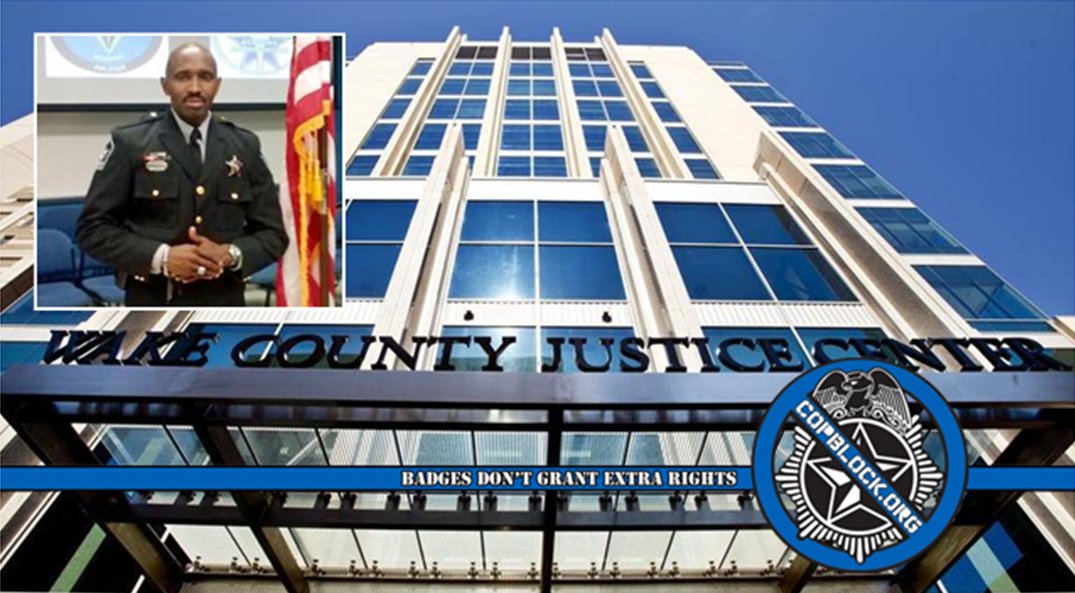 At least 101 DWI and 74 traffic cases have been thrown out by Wake County, North Carolina prosecutors after District Court Judge Jacqueline Brewer disqualified a sheriff’s deputy for lying on the stand.

Wake County District Attorney Lorrin Freeman said that because DWI Task Force Deputy Robert Davis was disqualified as a witness in some of the cases, he is no longer credible to testify in others he had presided over.

“He violated the defendants’ rights,” Freeman said. “He was untruthful on the stand.”

The 15-year veteran deputy was fired last week after Brewer highlighted three incidents in which he made false statements on the witness stand and in court documents.

In an Aug. 2, 2014 incident, Davis stopped a woman for DWI and took her to the Wake Forest Police Department to take a breath test in an audio and video monitored intoxilyzer room.

According to DWI laws in the state, drivers can refuse tests or contact an attorney or witness to view them – though testing cannot be postponed for more than 30 minutes.

Brewer said Davis did not give the woman the allotted amount of time to contact a witness, and that even though she still had questions about the test, he filed paperwork with the state indicating that she refused to take it.

As a result, the DMV sent a notice to the woman telling her that her license would be revoked for an entire year and she asked for a hearing that revealed discrepancies in Davis’ version of events.

The claim that the woman never asked for a witness was exposed after it was determined that she tried to call someone but couldn’t get an outside line. It was also shown at the hearing that Davis pushed the woman to take the test despite the fact that her full 30 minute reprieve had not expired.

“Deputy Davis’ testimony at the hearing on this matter… was false,” Brewer said. “[He] has shown a pattern of providing false statements and false testimony.”

Brewer also revealed that in a Feb. 22, 2014 incident, Davis made similar claims after stopping another female driver for DWI and fired his Taser twice at her before bringing her in for testing.

The woman did call an attorney, but again, Davis did not give her the full 30 minutes and proceeded with the testing anyway. The deputy then recorded that she did not make a call and said she refused the test.

The same scenario played out again in March 2015, when Davis stopped a third woman for DWI and falsely recorded that she had refused to take the test after she called for a witness – and did not give her the full 30 minute wait time.

Wake County Sheriff Donnie Harrison said he fired Davis the day he received a copy of Brewer’s order and stated, “It [was] really hard, but my job is to make sure the public is taken care of. I had no choice but to terminate him.”

It is not immediately clear if Davis will face any legal ramifications for his false statements and testimony. In any other case involving a mere citizen scum not adorned with a shinny badge, a charge of perjury would be forthcoming.