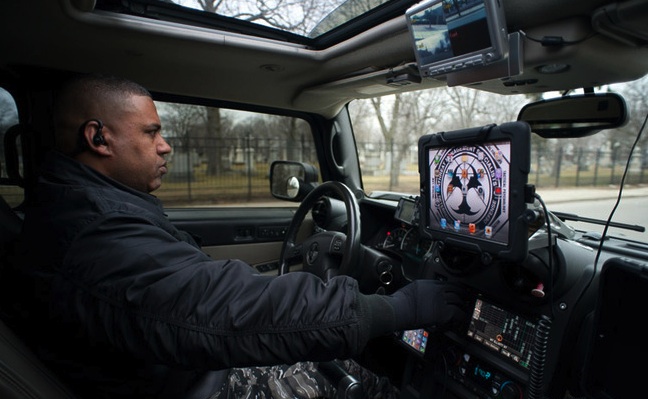 Last week thousands were exposed to the good word of Dale Brown due to his appearance on the video series Anarchast. Brown, the founder of Threat Management Center (TMC), is no stranger to CopBlockers, many of whom tout his methods as being superior to police “services” and worthy of replication. And for good reason.

The hour-long interview is definitely worth a watch. If this is your first time hearing of Brown and TMC be forewarned: you’ll never look at the provision of protection the same afterward.

If you are struck by just how profoundly different are the incentives inherent within TMC, as compared to those within your local cop shop, that’s because they are. Police don’t have to compete for customers. They are not individually held accountable for their actions. The inverse of both of those is the reality for TMC. If they don’t do a good job, if they mess up, they won’t be in business.

Thanks to Brown and his colleagues for forging this path. I don’t think it a stretch to say that the TMC business model is aligned much more closely to the definition of justice most folks hold. And that means it’s conducive not to an oppressive, tyrannical world staffed with unthinking thugs who claim that they’re “just doing their job” but a world conducive to freedom, creativity, and human flourishing. Incentives matter. Ideas matter. And actions matter.

Be sure to invest in yourself.

Word on the street is that Brown will be speaking at the next Anarchapulco, which will take place sometime in early 2017.