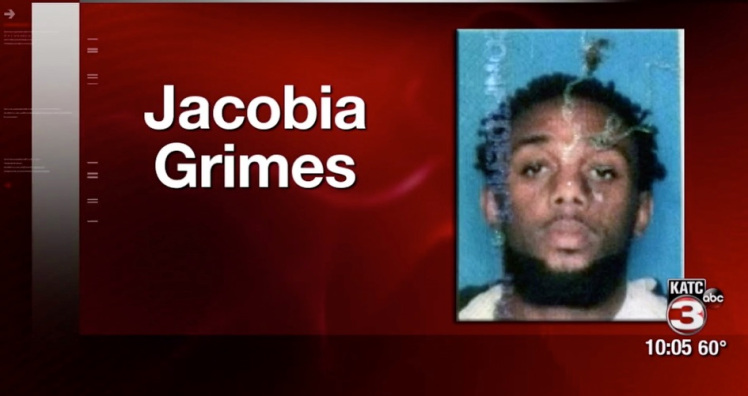 Of all of the crimes to be jailed for life over, stealing to feed yourself should not be one. Jacobia Grimes could spend the rest of his life in prison for stealing food. This isn’t the first time the Grimes has been in arrested for theft; in fact it’s the fifth time. His most recent arrest was for stealing socks and pants. The basic necessities to cover himself.

While I would never advocate stealing, and Grimes should have to provide restitution to his victims, I do not believe that he is a violent offender who is stealing for profit but is an individual who is struggling in his current conditions that force him to making drastic decisions.

If your wondering why he stole candy instead of items with more nutrition? Its highly likely that its easier to fit 30 candy bars in your pockets than about any combination of ingredients necessary to cook a meal.

Non violent offenders are over charged and over sentenced every day. Some might say the system is broken but in reality if they didn’t stock the pond the system would go broke.

A New Orleans man could spend the rest of his life in jail after allegedly shoving “$31 worth of candy bars into his pockets at a Dollar General store.”

The man, 34-year-old Jacobia Grimes, is being charged by prosecutors under the state’s “habitual-offender law.”

Grimes has five prior convictions for theft. All of Grimes convictions “involved thefts of less than $500.” His last conviction was for stealing “some socks and trousers.”

Grimes appeared in court last week and pled not guilty. He faces a potential sentence of 20 years to life. He has already spent 9 years in jail for his previous convictions.

The decision to come down hard on Grimes met a skeptical audience from Judge Franz Zibilich, who is overseeing the case.

“It’s not even funny, 20 years to life for a Snickers bar, or two or three or four,” Zibilich said. If Grimes is found guilty, Louisiana law could leave Zibilich little discretion over the sentence.

Louisiana’s habitual offender law has been in place for 30 years. The result has been that “[s]entences of several decades, or even life, for nonviolent crimes are not unusual in Louisiana.” In other states, individuals convicted of similar crimes “would have received a much shorter sentence or no jail time at all.”

Grimes case is an example of how Louisiana became the “world’s prison capital.” A 2012 expose by The Times-Picayune found that the state imprisons more of its citizens than any other states and its incarceration rate is “nearly five times Iran’s, 13 times China’s and 20 times Germany’s.”

A major factor driving Louisiana’s massive inmate population is money. Each prisoner costs Lousiana an average of $18,800 per year. Sending Grimes to prison for 20 years would cost the state around $376,000.

“A majority of Louisiana inmates are housed in for-profit facilities, which must be supplied with a constant influx of human beings or a $182 million industry will go bankrupt,” The Times-Picayune reported.