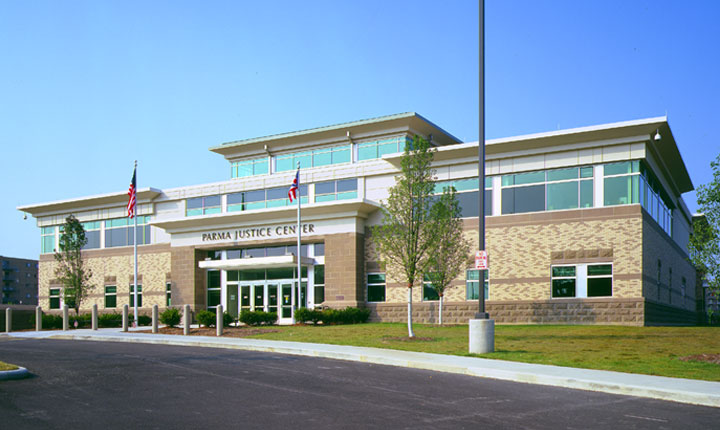 Last month I was pulled over for failing to use my turn signal when changing lanes on State Road in Parma, OH. I was traveling towards interstate 480 when construction signs noted that the right lane ahead was closed. Therefore, I used my blinker to signal to the people in that lane that I would be making a lane change.

Shortly after switching lanes I noticed a black SUV with the standard red and blue flashing lights behind me. I pulled over into a parking lot and activated Cell 411 on my smartphone. The traffic stop itself was rather quick and the officer didn’t even try to go on a fishing expedition, probably because he knew it would be more trouble than it was worth.

Nevertheless I was ‘issued’ an extortion note and told if I don’t show up on April 5th (or pay it outright) then a warrant will be issued for my arrest.

Do I plan on paying the ticket?

Do I want a warrant put out for my arrest?

So what will I do?

There are two options available to me at this time. I can plead ‘not guilty’ and drag the process out or I can plead ‘guilty’ and tell the State actors that I refuse to pay their extortion. The first option is appealing since wasting the time of state actors is comical to me. It also allows me to show the world how far gone the “Justice” system is. Yet, the state is slow when processing their victims so I really don’t want to wait around for months to achieve that.

In order to end the case quickly I intended to go with option number two and plead guilty. At that time I’ll also inform the state actors of the courtroom (the prosecutor and judge) that I have no intention of paying the ‘fine’ because there is no victim. Furthermore, my lane change didn’t even come close to putting anyone in danger so I have no idea why they’d feel inclined to my money? They aren’t passing it along to a victim of mine or to replace damaged property, so what’s the money for?

Do the police, prosecutor and judge think me paying a fine will result in me using my blinker in times that do not warrant it? Of course not. This means that the only reason I was pulled over was to generate revenue for the state. The officer who stopped me could have used his discretion and gave me a verbal warning but he didn’t.

In fact, I hear some City of Parma officials (officers and prosecutors) are doing just that – giving breaks – to a former employee of theirs who fired a gun at their spouse. Discretion was used then – for an act that’s considered a felony – but not for a person who exited a congested lane for the safety of an open lane? Seems like Cop Logic at its finest.

In addition to that cover up Parma has been making headlines for their blatant disregard of First Amendment rights. This is the same police department, in conjunction with those working inside the courthouse, that recently arrested and charged Anthony Novak with a felony for creating a satire Parma Police Department Facebook page. The SAME police department that arrested Greater Cleveland CopBlock Founder, DEO Odolecki, for CopBlocking a Checkpoint and recording a police incident near his home (see videos below). The “Justice Center” in Parma, that houses the jail, police department and courthouse, doesn’t even allow recording within the building. That’s how much they love transparency and respect First Amendment rights.

This is why I have no intention of paying these thugs. They clearly aren’t acting in the best interest of Parma residents when they harass (by bringing charges) against those who speak out against them. They are NOT keeping the people of Parma safe by attacking Novak, Odolecki or myself with these ridiculous charges. In my case it’s just a fine and most people pay them before they even go to court. That’s because the minor vehicle fine is far less than missing a whole day of work and this is how the racket works.

Luckily, I work for myself and locking me in a cage will only prove my point while bringing more attention to Parma City Officials who act like thugs. Therefore, I won’t bow to these threats. If the police of Parma want to act like revenue generators fine, let them carry out their acts of violence and show the world the thugs they really are. When I refuse to pay the court will have two options. Allow me to defy them or show their true colors. I suspect that since the system is all about collecting money I will be headed to jail. That’s because if the state can’t get the ‘offender’ to pay the fine, they jail the offender and force everyone else (the taxpayers of Parma) to pay instead. Plus, they won’t allow me to defy them without action right? If they do then everyone will stop paying the extortion tickets.

The Justice System is not about justice or making the city safer. It’s about money and control. As I mentioned above, the officer could have taken into account the real life situation in which I switched lanes and gave me a warning (or not bothered at all, as I’m sure there are more important things for him to do). Yet, he choose not to do that. Why? I don’t really know. I’m assuming he wanted to send a message and get another ticket onto his monthly quota (and yes, quotas exist because a police officer wouldn’t be a police officer long if he wasn’t sending people through the revenue generation scam). Regardless, they won’t get money from me and I hope to inspire more to sit out minor traffic offenses. Maybe if the jails are full of people sitting out stupid fines the state will react to the tactic of jailing those who do not pay. Or maybe the taxpayers will finally stop paying taxes if they are overly burdened with this expense from thuggish government agents. Or I’ll just save some money by not paying them.

I win and they lose no matter how you cut it.

My court date is at 1:30 pm tomorrow. At that time we’ll find out what the actual threat behind being issued a traffic ticket is. If I’m sent to a cage I’ll be laughing the whole way because I’ll be occupying one of the state’s beds (meaning they can’t cage another), depleting their resources and kicking it with DEO (though they probably won’t let us into the same POD). Meanwhile, the state will be shown for the thugs they are. I mean, what else do you call people who will lock you in a cage for failing to use a blinker?