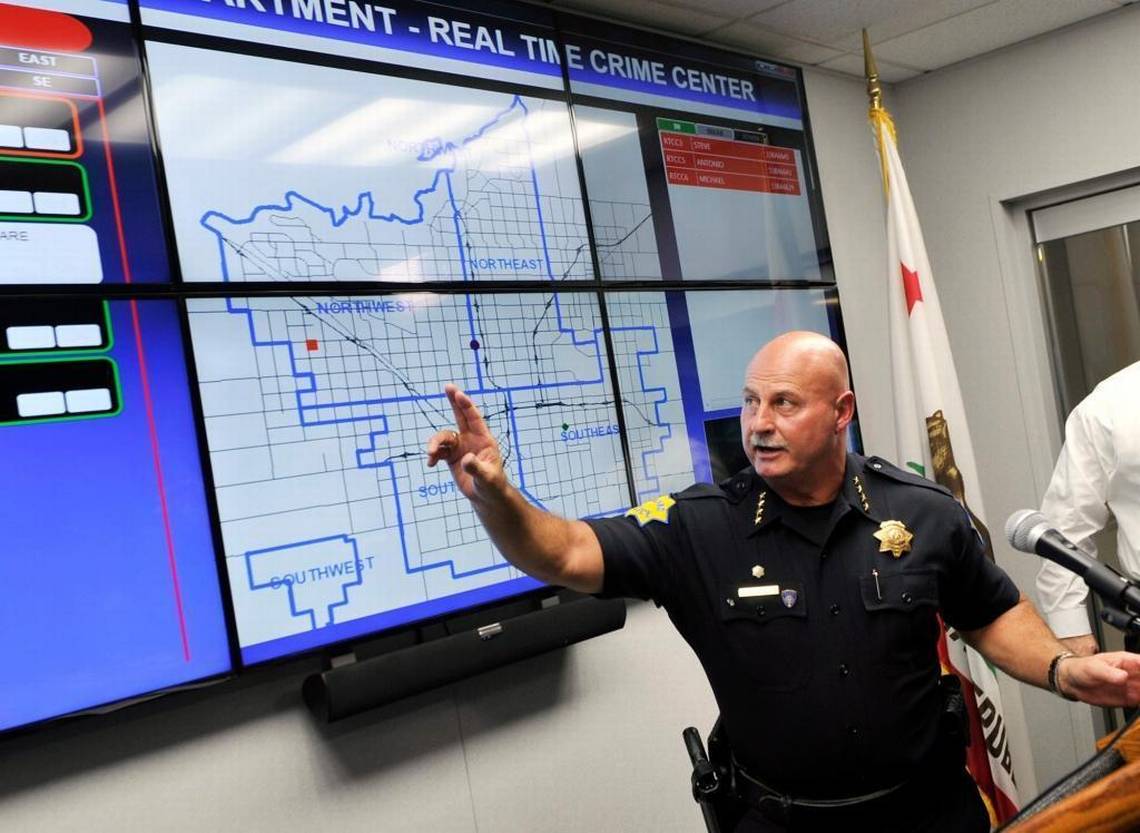 The Fresno Police Department has lost a controversial tool that has been used to mine social media for information and assign a “threat score” to individuals based on an unknown set of criteria.

On March 31, the Fresno City Council voted 5 to 0 against entering a five-year, $132,000 contract with Intrado Inc., effectively ending funding for the controversial Beware program. Beware was first exposed in January 2016 in a report from the Washington Post which outlined a number of surveillance tools at the Fresno PD’s disposal. The tools are part of Fresno’s Real Time Crime Center, which the Post described as “a cutting-edge $600,000 nerve center” which “has become the model for high-tech policing nationwide. Similar centers have opened in New York, Houston and Seattle over the past decade.”

The Real Time Crime Center has 57 monitors that connect to more than 200 police cameras around the city, 800 camera feeds from city schools and traffic cameras, and they had hoped to connect 400 streams from police body cameras.

The Beware program is only one part of the Crime Center’s arsenal. It works by examining billions of data points, including arrest reports, property records, commercial databases, deep Web searches and social media postings. It was also reported that Beware has close to 100 percent of the adult population in Fresno, as well as almost 100 percent of residential address, landlines, and cellphone registrations. Most concerning of all, the program assigns a “threat-score” to local residents and alerts officers to possible dangers. The Post wrote:

As officers respond to calls, Beware automatically runs the address. The searches return the names of residents and scans them against a range of publicly available data to generate a color-coded threat level for each person or address: green, yellow or red.

This threat-score system has civil liberties advocates worried about another intrusion on basic privacy and liberty.

“This is something that’s been building since September 11,” said Jennifer Lynch, a senior staff attorney at the Electronic Frontier Foundation. “First funding went to the military to develop this technology, and now it has come back to domestic law enforcement. It’s the perfect storm of cheaper and easier-to-use technologies and money from state and federal governments to purchase it.”

Fresno Police Chief Jerry Dyer had proposed the contract renewal with Intrado. A $28,000 Homeland Security Agency grant to cover the first year of the contract expired on April 1st. City Councilman Steve Brandau put forth a motion to deny the proposal and was supported by his fellow council members. “This is not something I would never support,” Brandau said. “We need some type of community forum for people across this city, for all different types of concerns, to understand what the police department is asking for.”

“Unfortunately, there are still some concerns out there and understandably so. We’re going to have some more meetings, try to vet this thing a little bit further.” said Fresno Police Chief Jerry Dyer. Chief Dyer has also previously said that reports that the Fresno PD were monitoring hashtags to track perfectly legal and non-violent forms of activism, specifically the Black Live Matter movement.

“All of the information accessed in real time is information that is readily available to members of the community, to the media, to anyone,” Dyer said. The difference is the speed with which Beware can correlate phone and address information from a 911 call to provide data on names, vehicles and other data associated with a particular address or phone number and relay that to dispatchers, who can then pass it along to officers by radio or over their in-car computer.”

Following the City Council vote, Kayla Moon, a reporter with The Conscious Resistance and Future of Minds, spoke with Fresno Chief Jerry Dyer about the program. (See the video below for the full interview. )

“Our city representatives are being petitioned for recruitment and continuation of military programs under the guise of a brand new data software titled Beware, which is closely related to the pentagon’s human terrain systems,” Moon said. “This is what they use to find and kill “terrorists” and their families overseas and is now being sold for corporate gain on American soil.”

The unfortunate reality is that the Fresno PD (and many other police departments around the nation) not only have access to the Beware program, but several other programs that should concern those who enjoy freedom and privacy. This includes the national database of license plate information gathered by Automatic License Plate Readers; audio recording devices masked as safety tools for recording gunshots; and Media Sonar, another tool that searches social media for signs of illicit activity.

The local police, the feds, bureaucrats – they are all listening and watching. What are you going to do about it?