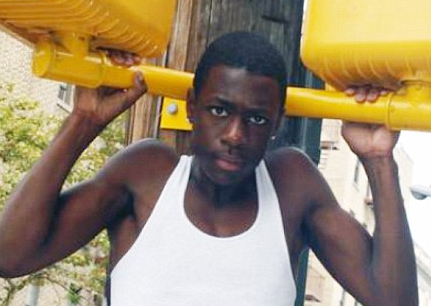 This information comes to CopBlock.org via an individual who goes by “Brutalized by Washington DC Police Department”

Why does the New York City police department have such a history of killing unarmed Blacks. Sean Bell, Amadou Diallo and Eleanor Bumpurs are just three.

Now come the tragic killing of Ramarley Graham in his own bathroom. The person who fired the single bullet that took his life was Richard Haste. Haste and colleagues with the 47th Precinct Street Narcotics Enforcement Unit broke into Graham’s apartment and Haste confronted Graham in the bathroom, supposedly operating on incorrect information – which their own colleagues had confirmed to a supervisor as factual – that Graham had a gun in his waistband.

No gun was found on or around Graham. A grand jury is deciding whether charges against Haste are appropriate.

What is clear is that the actions Haste and his colleagues had observed had no victim.

Graham first came to the attention of NYPD employees because he had existed a storefront where they believed drug sales occurred. Where’s the victim? If an interaction is consensual what right does any other individual have to step between that with coercion?

It was later claimed that two witnesses communicated to NYPD employees that they saw a gun on Graham’s person. The claim that Graham had a gun was then confirmed by two NYPD employees to their supervisor Scott Morris. That flimsy “evidence,” which sounds more from a bad game of telephone than professional police work (is there such a thing?) – was the rationale given by Haste for him taking the life of another person. Even if Graham had a handgun, where’s the victim? Are the double-standards so great that only those wearing badges have the right to have access to tools to defend themselves?

But even before the fatal shot was fired, why were Haste and his colleagues in Graham’s apartment in the first place? What reason did they – strangers to Graham – have to break into this residence? None.

Seems like Haste wanted to do his namesake true and be hasty in his actions. I wonder if any of his colleagues will have the integrity break the thin blue line’s code of silence and actually speak up for what they know is right. Regardless of the internal cover-up and omission that’s sure to happen, those who rallied in support of justice for Graham should internalize the fact that the only way to arrive at a place where badges don’t grant immunity is to cease buying into that bad idea in the first place. Why pay the salaries of those who you know initiate force? Why give them any allegiance?