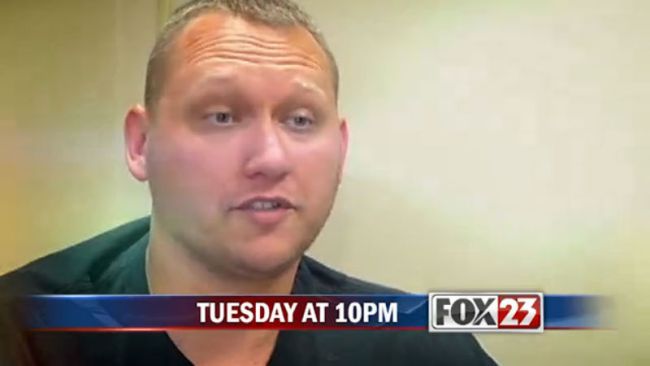 Adam Rupeka, 36, and his girlfriend took their lives over the weekend in Tijuana in what appears to be a dual suicide by drug overdose.

Why flee to Mexico only to kill yourself there? And that’s just one of the many questions that will no longer be answered with any certainty. While many want to focus on the allegations of sexual misconduct and their abrupt exit from New York I will not do so in this post. I’m filled with sadness today knowing that a good person – and yes, good people can make mistakes – has taken their own life. I hope that if Adam left any victims behind that they’re able to get help and live at peace now. If he didn’t I hope those who played a role in these events realize the seriousness of the events that lead up to this horrific end.

That being said, I’d like to take a moment and look back on some of the content created by Rupeka in the past year. Even if he made a mistake the content he created still holds value and can be a lesson for future generations to come.

Adam Rupeka was a bold CopBlocker and one who didn’t shy away from police interactions. He was best known for his first amendment audits of government police stations, correctional facilities and even State Capitals. In the videos below you’ll see Adam confront overly aggressive government agents who claim that filming or taking pictures outside of government buildings is a crime.

As you can see in the two videos above Adam wasn’t always accosted by police and it also lays to rest the claims in the media currently that Adam’s goal was to agitate police. His goal was to merely conduct first amendment audits and he did several where the police department’s passed with flying colors.

Yet, that wasn’t always the case as seen in the videos below.

Adam even helped people during traffic stops know their rights.

After the video above Adam went on a hot streak, finding one officer after another who abuses people’s rights who act more like bullies than police officers. The videos below highlight how even though Adam was doing nothing more than filming the police he faces his fair share of intimidation and harassment for an alleged constitutionally protected act. One will even pepper spray Adam then arrest him. Of course that officer lost his job and Adam collected $50,000. Which was probably the money he used to flee NY so fast, so yeah, the irony of the money he got from cops kept him out of the custody of cops is comical to me. Had the police not violated Adam’s rights he might not have been able to flee the country.

After settling the lawsuit with the Saratoga Springs Police department Adam took his filming of the police to the air by purchasing a drone. In the video below, which was Adam’s most viewed video, you’ll see a NY State Trooper get OWNED on the people’s right to record – even with a drone.

After this drone incident Adam headed to the State Capital to do the same thing. Sadly, his drone’s battery died and landed on the building. Of course the police and media reported that his drone ‘crashed into’ the building but it landed. Nevertheless, the drone was confiscated and Adam was dealing with that legal battle as well at the time of his death. Since the police had the drone the only video of this ordeal is what Adam took as he tried to get his property back.

After the case with the Drone Adam told me he was going to lay low, start a new job and let that case play out. Yet, there were a few more videos posted because Adam felt the need to film the police regularly. Since the drone issue was already in court one of Adam’s last videos was a prank on cops. In the video below you’ll see Adam sitting outside a police station drinking a root beer from a bottle that’s inside a brown paper bag. The hilarity of this video is how I will always remember Adam.

These videos are testimony to Adam’s dedication and determination to help people. Specifically, to help people understand that we’re living in a police state and to wake people up. He wanted people to know that the police are nothing more than a gang on thugs whose goal isn’t to protect and serve but to be the baddest gang on the planet. That was clear when Adam wrote the video description for “NY State Police Don’t Know the Law! More Bully Cops 09/25/15” where he said:

When I started this journey of looking into the police I thought that there were only a few bad ones. Now I would love for someone to show a good one.

Rest in Peace Adam, you are gone but your energy lives within those you’ve inspired. Myself included.