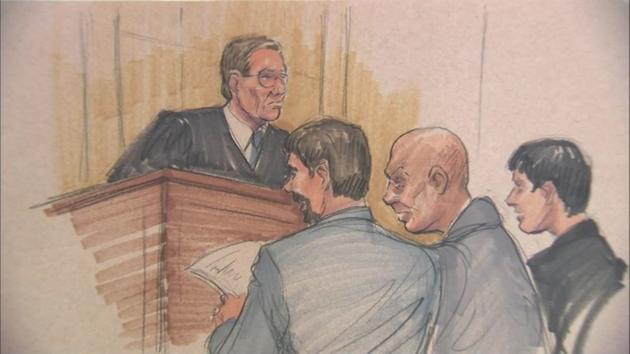 Dennis Barnes, a retired Chicago cop, was cleared of sexual assault against another officer’s pre-teen daughter, after being invited over for a first time family BBQ.

The mother of the child and current Chicago police officer is furious about the judgement. She believes that all evidence was provided to secure a conviction of the more serious charges of attempted predatory criminal sexual assault of a victim under 13 and aggravated criminal sexual abuse.

She also believes that Barnes may hurt more children if he is allowed to continue these sexual advances with impunity.

Barnes will have the opportunity to hurt more children, she said, adding that she feels only “disgust and pity” for the man she once trusted.

Barnes was accused of getting under a blanket with the girl as he watched a movie with her and her brother during a party. Prosecutors alleged he massaged her feet, placed his hand on her thigh and stomach, and then grabbed the girl’s face and asked for a “smooch”. Barnes also tried to get the girl to sit on his lap, when she refused, he tried to pull her onto his lap.

Her brother reported his inappropriate behavior to their mother.

Regardless of evidence, Judge Charles Burns wasn’t convinced that Dennis Barnes was fondling the girl for his own sexual pleasure and explained it was his concession that the prosecution failed to prove otherwise.

Something was going on, and that’s something that I find disturbing, Burns said.

Something disturbing was happening but it wasn’t disturbing enough to convince Judge Burns that Barnes was sexually fondling his subordinate’s child and he sentenced Barnes to 60 days in jail along with two years on sex offender probation. Barnes will also have to undergo sex offender counseling. He will report to jail on April 18, 2016.

According to the child’s mother, her daughter became ashamed of her body and developed chronic nightmares, anxiety attacks, and bedwetting problems. She has had to endure months of counseling and frequent visits to her mother’s workplace to alleviate her fear of police officers.

I felt entirely responsible for allowing this . . . child molester into our home, the victim’s mother wrote in her victim-impact statement. This was someone whom I trusted and looked up to as a co-worker and supervisor.

This is more than a cop getting away with a grotesque act. This is evidence of a system that is designed to protect itself. Barnes was obviously touching the girl for his own pleasure, if he wasn’t, there would have been no need for him to get under the blanket. However, if Judge Burns found this supervising officer guilty not only would it add to the already tumultuous climate surrounding law enforcement, but it would undermine the integrity of the system by making it known that child molesters may be showing up to your house when you call for help.

I wouldn’t be surprised if Dennis Barnes has victimized more than just this child. The boldness of his actions make me believe that this is not the first time Barnes has been involved in behavior like this.