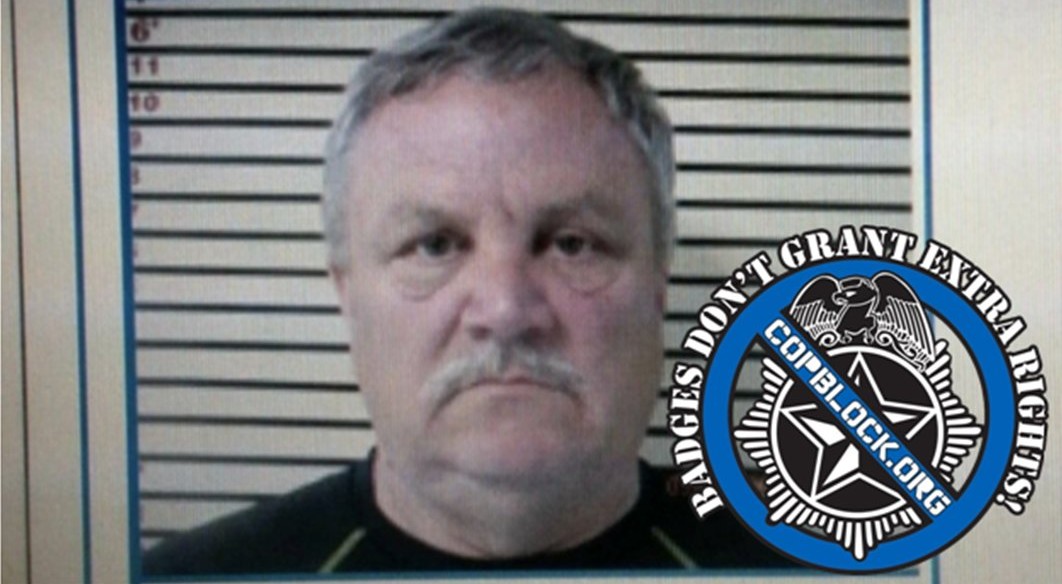 An Oklahoma sheriff has suspended himself after he and a deputy were indicted and jailed last week on felony extortion and bribery charges stemming from a civil asset forfeiture seizure.

A grand jury said last Thursday that Wagoner County Sheriff Bob Colbert and Deputy Jeffrey Gragg conspired to get a motorist and his passenger to hand over $10,000 in exchange for not pursuing drug charges against them during a Dec. 2014 traffic stop.

Civil asset forfeiture allows cops to seize any property they allege is involved in a crime – even if the owners are not even arrested or convicted of anything. Property owners are then left having to prove a negative, reversing the burden of proof, that their property was not gotten by criminal means before it is auctioned off to fund police departments and governments.

Oklahoma Attorney General E. Scott Pruitt said that the driver Colbert pulled over, Torell Wallace, along with his 17-year-old passenger claimed an ownership interest in the cash and were prepared to challenge the seizure. The two were arrested by Gragg for “possession of drug proceeds” and hauled off to the slammer before Wallace admitted he was on parole and asked what he could do to stay out of jail.

According to indictments, Gragg reportedly responded that the only way he was “going to go home that day was to disclaim his ownership in the $10,000.”

“Colbert and Gragg accepted a bribe from Wallace and the passenger when Wallace disclaimed any interest in the cash,” Pruitt said. “They were then released and their records were deleted. The cash was placed in a Sheriff’s Drug Forfeiture account with the Wagoner County Treasurer’s Office.”

A hearing was set for Wednesday at the request of Pruitt on the accusation of removal from office and for immediate suspension, but Colbert preemptively took it upon himself to voluntarily suspend himself.

His lawyer, Michon Hughes, said the traffic stop was a “routine drug interdiction” and lawful seizure – and also claimed there is no evidence to support the accusation that jail records were deleted.

The behavior in question is commonplace among law enforcement agencies who are incentivized by drug war civil asset forfeiture procedures to focus on policing for profit instead of actual violent crimes.

“This is how law enforcement butters their bread,” Institute for Justice attorney, Dan Alban said. “They pull people over in these highway interdiction stops, they threaten them with criminal charges, they say, ‘Why don’t you just sign over this money and you can go?’”

Colbert will continue to receive pay during his suspension and is scheduled to return to court on May 9 when it will be decided if he should be fired. He and Gragg are scheduled to be arraigned on their felony charges on May 4.

This isn’t the first time Colbert has faced scrutiny. In August, an audit of his department indicated that he was spending public money on campaign promotions for future elections. The audit came on the heels of a misconduct investigation alleging records were falsified to indicate the sheriff was attending required training sessions that he did not.

Also, there were questions about $3,500 seized in undercover drug busts, of which $450 was unaccounted for – and a missing weapon, which Colbert claimed was “burned up in a fire.”