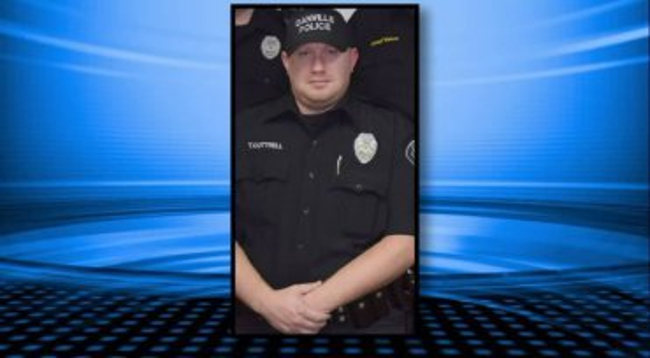 While police officers are always out on the prowl their government counterparts – firefighters – remain at the station until called. While some officers do end up in the right place at the right time, the same could be said for just about any Good Samaritan.

This is why I’ve always advocated to police that if they worked for the private sector and sought customers directly, then they could simply sit at home and wait for one of their customers to call them. Of course, they will want to live within a reasonable distance from their customers so they can provide the service promised.

It seems that Officer Michael Yonek, of the Parma Police Department, is the first officer to embrace this innovative form of police service. The only problem is that his superiors and colleagues didn’t take to kindly to it.

According to Fox 8 Cleveland:

Finally, police say they found his cruiser at his house in the driveway running. Officers got no answer at the door at first, then they say they saw Yonek on the couch, and at last, he came to the door.

The I-Team tried reaching Yonek multiple times by going to his home and by calling, but we were unable to reach him.

I need to cut in here for a minute. First off, obviously this wasn’t a case of Yonek taking the advice heeded by many CopBlockers but merely a case of lazy officer syndrome (though personally I’d rather have all the Parma Police shacked up in their homes sleeping). Yet, the I-Team tried reaching him and even went to his home. Now, I’ve done this to officers and have been harassed by more officers. I wonder if the I-Team will be facing some extra Parma police attention like others (whom I’ll discuss later) have.

Yonek’s personnel file shows he’s had decent job reviews. However, in 2005, a document shows he was scolded by bosses twice for sleeping on the job.

For this incident, he got a 3-day suspension with 7 more days possible if he broke any other department rules. Records show Yonek agreed to work the 3 days off without pay. He has also been taken off patrol and placed on desk duty.

Some taxpayers and, privately, some officers told us, they’re disgusted by what happened.

Lt. Kevin Riley emailed a statement on behalf of the Parma Police Department:

“This type of behavior by one of our own officers is not only disappointing, but detracts from the excellent work performed by our police officers every day in the community. Ptl. Yonek acknowledges and understands his failure to perform his duties on March 2 constitutes a breach of the public trust that is essential for the department to provide professional police services to the community. Ptl. Yonek not only betrayed the public trust that we strive to maintain every day, but he let down his fellow officers who were out there that day tirelessly serving the citizens and businesses in our community. This type of behavior will not be tolerated on (sic) this department.”

We’ve learned one factor in Yonek’s punishment was that he took responsibility for what happened. A report shows he told bosses  he was “very tired”, he “messed up” and was “sorry.”

Why is it hypocritical? Because Riley claims that poor performance, or not achieving the high level of standards set by the department’s policies, will not be tolerated. Yet, Parma Police officers have beat people with flashlights (costing the city $40,000), covered up a firearm discharge of a former Parma Police officer and jailed two locals over protected first amendment rights (more on that shortly). And that’s just this year alone! Furthermore, all of the officers who partook in these actions are currently on full time duty while the guy who took a nap is suspended on desk duty.

Why is it disappointing? Because this is clearly lip service. The two locals mentioned above are Deo Odolecki (my friend and founder of Greater Cleveland CopBlock) and Anthony Novak. Deo is currently facing the Parma Police Department’s wrath as he sits in their jail alone. Yes, he’s been kept away from for all other inmates for the 60+ days he’s been there. His crimes? Filming the police. Sure they say disorderly conduct, interfering and some other trumped up charges but make no mistake about it, Deo is jailed for questioning the police (see videos below).

And that’s the same reason Novak is facing felony charges from the same police department, he questioned and mocked the Parma Police. What did he do? He didn’t film them like Deo, but he made a fake Facebook page and called it “Parma Police Department.” Even though his statuses were clearly that of a satire nature, the police arrested, caged, and charged him with a felony.

Therefore, it’s disappointing to see Riley react to sleeping on the job more so than he has when his officers clearly trample the rights of those they claim to protect.

Why is it comical? Well he says it, “constitutes a breach of the public trust that is essential for the department to provide professional police services.” I highly doubt Yonek taking a nap while on duty did as much damage to your department’s image as your attacks on Novak and Deo have. In fact, the reason that I find this comical is that you guys have just given us another reason to put you on the pages of CopBlock.org.