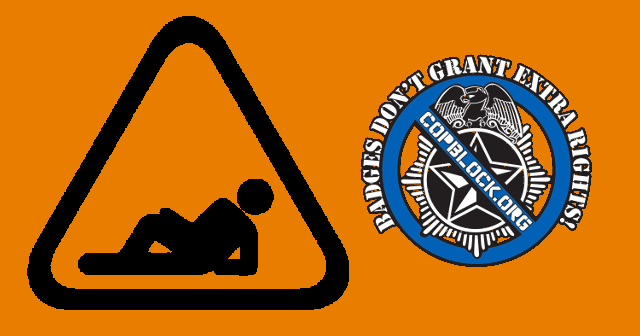 “When once they stalked deer, or crouched shivering in the mud for the flight of ducks to alight, or risked their lives in the crags after goats, or closed in with shouts upon a wild boar at bay- that was not work, though often the breath came hard and the limbs were heavy. When the women bore and nursed children, or wandered in the woods for berries and mushrooms, or tended fire at the entrance of the rock shelter- That was not work either.
So also, when they sang and danced and made love, that was not play. By the singing and the dancing the spirits of forest and water might be placated- a serious matter, though still one might enjoy the song and the dance. And as for the making of love, by that- and by the favor of the gods- the tribe was maintained.
So in the first years work and play mingled always, and there were not even words for one against the other.
But centuries flowed by and then more of them, and many things changed. Man invented civilization and was inordinately proud of it. But in no way did civilization change life than to sharpen the line between work and play, and at last that division had came to be more important than the old one between sleeping and waking. Sleep came to be thought a kind of relaxation, and “sleeping on the job” a heinous sin. The turning out of the light and the ringing of the alarm were not so much the symbols of man’s dual life as were the punching of the time clock and the blowing of the whistle. Men marched on picket lines and threw bricks and exploded dynamite to shift an hour from one classification to the other, and other men fought equally hard to prevent them. And always work became more laborious and odious, and play grew more artificial and febrile.”

Our culture is predicated around the Protestant work ethic, a worldview that was invaluable in inspiring the rapid expansion of frontiers and industrial success of the United States. It has become the cornerstone of our way of life, “The American Dream”. Work hard and bank hard. And it has undoubtedly produced some wonderful results. Yet it has also produced some terrible ones.

Authoritarians like police hide behind their careers, as if their employment negates their immoral activities. They put the necessity of their job ahead of the necessity of their humanity. There is no passion in ‘serving and protecting’ as the lie goes, but in ‘just getting home at the end of the day’. Have you ever worked somewhere in which customers or colleagues or vendors seemed to go out of their way to make your job suck worse? That is how police must feel to all those they have negative interactions with. Except unlike the waitress who wants to drop kick the mom that let her kids have a food fight at the end of the night right in the middle of her section, cops can fight back. In fact, unlike most employees, they have the upper hand. This creates an automatic power imbalance. When that imbalance combines with a tendency to wishing you were doing anything but working, it creates a dangerous police career culture that threatens itself and outsiders.

The public similarly conflate onto the career of policing the idea Protestant work ethics and values. “They’re just doing their jobs.” And as such, people are likely to believe in police more as symbols than as the accumulated facts about them. Since police ‘risk their lives’ –far less than almost 20 other normal careers, and mostly only for driving like Steve McQueen on cocaine– to ‘keep us safe’ –they don’t actually do this, nor are they expected to– then folks put their career on a pedestal. It creates an ‘automatic pass’ for police in public opinion, the weight of which can survive even the most egregious acts by that institution. And where skepticism is suspended and something is praised and accepted blindly there will be entitlement corruption and abuse.

We have also fallen into the trap of believing that the problems which arise among humans which are used to justify organized career policing can only be solved by people being given the specific job of doing so. It also requires that we ignore the various strengths of people and instead try to program a robotic human being via training for doing any number of tasks that cannot possibly be expected of a single human. Especially when that training conflicts at such basic levels. Instilling a fear and distrust of citizens through tactical and arms training runs contrary to the sort of conflict resolution skills needed, especially when mental illness or other complicating factors are present. It is unlikely that the skill set of any single individual could encompass both competing criteria equally and rationally, those that could would be an anomaly. Training cannot overcome the strengths and weakness of individuals that have a lifetime of history. Communities  and those within them have the most interest in their own safety and peace. Utilizing the talents of the community in accordance with the appropriateness of the individual and the situation at hand would provide for more harmony than assigning policing roles and institutionalizing them through jobs.

Now let’s talk about the future of jobs themselves. Technology is increasingly doing the work of human beings. And while we have seen a trend of replacing low-paying service job tasks with machine automation as well as industrial employment decrease under robotics, software applications will soon be threatening the jobs of the highest paid employees of the working class. The traditional idea of a job is becoming unsustainable. As fast as we can find new busywork for human beings, innovators are figuring out ways to replace even those jobs with technology. Since the human population does not seem to be showing any signs of decreasing any time soon, there is not likely to be enough full time jobs for everyone. This issue is addressed from pundits of political narratives of the left and right without any clarity whatsoever. The fact that we are producing wealth through technology but having to work less to do so is often shooed off with a suggestion that we will just have to find new jobs. That kind of circular logic is preventing us from any productive narrative about how we are going to realistically face the facts of our increasingly technological civilization. We are using the old paradigms of industrialism to address a future of information economies, and they just do not fit. Unless we do find a way to strike a balance, the dissonance is going to cause ever more increasingly destructive forms of division and competition between humans. When we factor in the high likelihood of non-scarcity technologies that will further disrupt our economic and political systems, it becomes clear that we have to be crucially rethinking our future outside the dogmatic narratives of our past.

Technologically, the end of jobs is nearly a foregone conclusion. In the place of jobs we will instead divert our labors to craftsmanship, artistry and our communities. New roles will emerge to address those things now handled by institutionalized policing and they will do so with fluidity and innovation from people who aren’t just ‘doing their jobs’, but rather are using their skills, talents and passions to address issues that directly affect and impact them and their communities. Policing, like all jobs, will become obsolete. And as human beings transition into these new paradigms, policing is one of the first things that should go. Police drain wealth from their communities, enslaving the individuals in them to those costs. Rather than citizens working to fund police jobs, citizens no longer tied to jobs replaced by technologies can offer their own services in community issues that arise. From those community services local gift, barter and reputation economies can emerge to support community members no longer specializing their labors, but dedicating them to wider and more fulfilling interests. Especially those that provide the most benefits to the community as a whole. Whereas as policing ask communities to provide them the best benefits in them community as a whole.

When we discuss jobs through the narrative of Protestant work ethics, industrial economic or other ‘objective’ viewpoints, we often forget the most important thing about jobs. For most people, they are tiring, unsatisfying, unfulfilling and life-draining. Looking forward to a world without them is incredibly hopeful. That is not to say that work will not ever be required or that work itself is a bad thing. It is just to say that the organization of labor in structured ways can never be as promising to human beings than the labor that arises out of voluntary consent and spontaneous order that enriches the individual through labor, rather than drains them for half their life before leaving them a broken shell of lost dreams and regrets. And when we are able to provide our labors out of love rather than the compulsion of wage slavery, we can face the issues policing has monopolized with more ingenuity, compassion and satisfaction.

Abolishing jobs and institutionalized policing go hand and hand, and despite the dogmatic protests of the highly conditioned and frightfully unimaginative, this is going to happen whether we contribute towards steering it in the most positive outcomes for humans or not. Ignoring the increasingly obsolete nature of police and the state and even jobs does little more than perpetuate ignorance and prevent individual from being the part of the process of our mutual evolution. These are the conversations we need to be having. Turn off your televisions, forget about the ballot box and open up minds and dialogues instead.