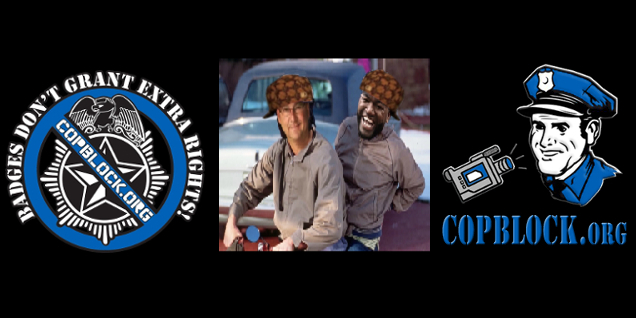 Terry Francona, the Manager of the Cleveland Indians revealed in an interview with the MLB Network around three thirty last week (April 7th  – video embedded below – Editor) that he is very excited because he has found it to be the case that the cops from the Cleveland Police Department do not give him traffic citations when he disregards traffic laws on his scooter:

“The policemen downtown here (Cleveland) are incredible. I go down, the wrong way down streets (sic) and on sidewalks and they’re all great about it.”

If one were of the opinion that the propaganda that we are shovel fed, like barnyard animals, just before harvest time, is true – the police “write tickets to save lives” – we animals should be highly upset by how great the cops in Cleveland are about Terry Francona totally ignoring the law while riding his scooter.

In fact, one could argue that the Cleveland Police Department has willfully and intentionally chosen to endanger our lives so they can try to get in with the “cool kids.” Or maybe, they let Febel Francono, off because he can get them tickets or an autographed baseball for their sister-born-love child. (Even Cleveland Cops don’t marry their sisters when they get them pregnant. Only Las Vegas Metro, marry their sister.)

The reasonable, the rational, the thinkers among us understand that the “police” don’t actually “write tickets, to save lives.” Rather they write tickets to make money for the State. And if they don’t do it often enough they will lose their jobs. But they claim it to be heroic and I’d like to see some fucking consistency on the issue. I could write some more. I could accuse some more pigs of sister fucking. I could be a little more disrespectful – God knows I have the right. But the truth is everything that needed to be said was in Francono’s words. People of wealth and prestige get preferential treatment.

Obviously this is no surprise, but it should be brought up. I’d like an admission from Francono that he’s a dumb fuck that shouldn’t be allowed to talk without counsel – and an internal investigation from the Cleveland Police Department don’t worry – (CPD) you’ll be acquitted…