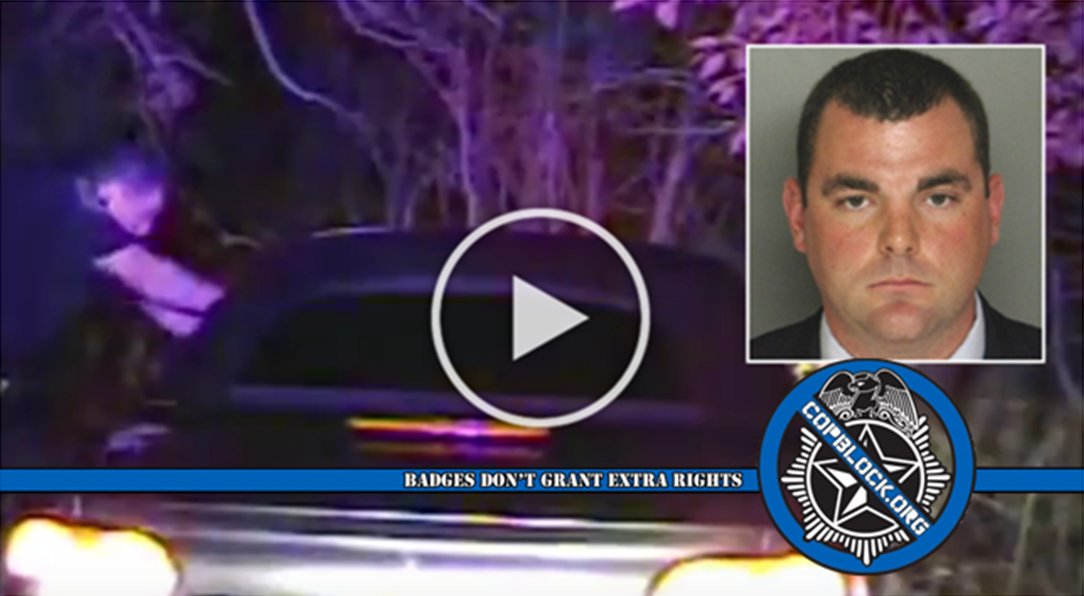 A former South Carolina cop that was indicted on a felony charge after he fatally shot a motorist, was sentenced to three years of probation as part of a plea deal on Monday.

In the February 2014 incident that was captured on dash-cam video that was not released until after Monday’s sentencing, North Augusta Police Officer Justin Gregory Craven attempted to pull over 68-year-old Earnest Satterwhite for drunk driving.

Satterwhite led Craven on a 13 mile chase in which he reached speeds of over 100 miles per hour and struck multiple vehicles before stopping on a dirt road behind his home. The footage shows Craven run up to the car and stick a gun and both arms into the driver’s side window, and an arm is seen coming out of the vehicle, possibly attempting to push the firearm back out.

Craven then pulls the weapon out of the window and he fires several shots, striking Satterwhite four times – twice in the chest. The officer said he feared for his life because the man was trying to grab for his gun.

A grand jury indicted Craven in May on a felony firing into a vehicle while it was occupied charge after a different grand jury failed to indict him on a voluntary manslaughter charge – which would have carried up to a 30 year prison sentence.

The firing into a vehicle charge carried up to a 10 year prison sentence and a $1,000 fine but on Monday, Craven accepted a plea agreement and pleaded guilty to misconduct in office.

He was sentenced to three years of probation and 80 hours of community service with attorneys for the officer saying, “We couldn’t have asked for a better outcome.”

In April, 2015, Satterwhite’s family settled a wrongful death lawsuit with North Augusta police and officials in Edgefield County for a total of $1,197,500.

The suit asserted that Craven ignored Edgefield deputies’ orders to stop and let them manage the chase when it entered their jurisdiction, around two miles from Satterwhite’s home.

It claimed Satterwhite never attempted to grab the officer’s gun when Craven opened fire, and that officers pulled him out of the car and left him lying unattended on the ground to die until paramedics arrived.