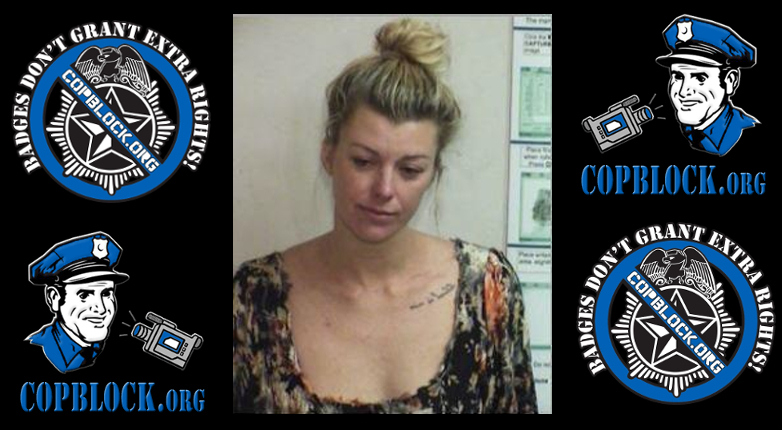 Between January of 2015 and January of 2016, Maui Police Officer Rachel Garvin has managed to get arrested a grand total of five times. All of which began when she showed up drunk to school to pick her son up, then promptly crashed into a guard rail.

Instead of arresting her or even so much as testing her to see if she was in fact legally drunk, the other Good Cops who showed up to “investigate” that crash, including a lieutenant, merely forced her to get a ride home from a friend.

However, unfortunately for Officer Garvin, the complaints about her being drunk from the teachers at the school led to an internal investigation. That led to charges against her for child endangerment (not drunk driving, since her co-workers didn’t bother to investigate that) for which she was given probation.

Soon enough she was back to drinking and testing her driving skills, though. Although she was actually charged with a DUI for her arrest in May, somehow she managed to not be thrown in jail or so much as fired, even though it was a violation of her probation. The department even sent out a press release about it, except they forgot to mention that part about how she was already on probation for doing the same thing just four months earlier. This eventually led to her being arrested three more times for that probation violation and for not bothering to show up to court twice. Meanwhile, guess who hasn’t been fired or sent to jail for her string of crimes. Instead, she has just been relegated to desk duty until everybody forgets about all this and she can get back out there on the streets keeping everyone safe again.

And the local M.A.D.D. representative has an interesting take on the whole situation.

Arkie Koehl, with Mothers Against Drunk Driving, said the situation puts the Maui Police Department in a difficult position.

“It’s kind of awkward for Mothers Against Drunk Driving because the police are our closest partners and we totally depend on the police, just as the public depends on the police to protect us from drunk drivers,” Koehl said.

The Maui Police Department and the police union did not return phone calls seeking comment.

Koehl said the case illustrates that no one is immune from alcohol abuse.

So, that magic uniform doesn’t render cops impervious to drug and alcohol addiction or bad decisions while under the influence of them. (In fact, statistically it actually does the opposite.) However, it does render them impervious to the consequences of those decisions or any actions taken as a result of them.

Plus, not only does it put the police in a “difficult position” where they may one day be forced, kicking and screaming, to take action against one of their, but it puts Koehl and M.A.D.D. in one, too. Normally, they would be railing against OFC. Garvin and demanding stiffer laws to prevent her from driving around liquored up. However, they “totally depend on the police.” So obviously, they can’t take some sort of principled stance in line with their core beliefs and demand that this Hero be prosecuted like everyone else would.

On the upside, it’s been over two months since Officer Garvin of the Maui Police Department was arrested. At least I haven’t heard anything yet today.