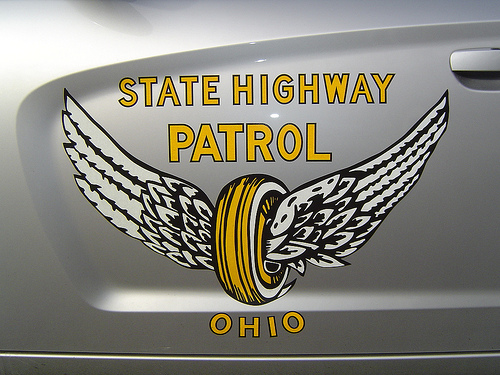 The following is a first person account shared with us VIA the submission tab. Everyone is encouraged to submit their stories of police misconduct and abuse. Being traumatized by the police can leave you feeling alone and unsafe and it’s the goal of many contributors here to offer support to the victim and do as much as possible to see these thugs tried in the court of public opinion.

I was on my way home traveling on RT 2 at 2am in the morning when I saw Officer Kupchik’s patrol car sitting on the on-ramp by 615 sideways looking for cite someone. I merged to the left (fast lane) just in case he decided to pull away so I wouldn’t be hit. When I passed him I was the only car, I wasn’t speeding and did not commit any other violations. When I got about 1/2 mile away from him Officer Kupchik decided to follow my car to profiling me because he saw I was black and in a brand new Toyota Camry. He continued to follow me for about two miles and eventually pulls me over.

He approaches my passenger side door, ask the standard questions and if I was under the influence of anything. I was under neither and don’t do drugs. He then asked if I was tired, I said, “yes a little.” He asked if I knew why I was pulled over and I told him no. He didn’t like that answer so he goes on to tell me that I do know why, being a smart ass and yelling ( I had no clue why he pulled me over). So, after he gets my I.D. and registration he lets me off with a warning and tells me I’m free to go. Instead of going, I asked for his name and badge because I didn’t appreciate his tone and attitude and stopping me for no apparent reason.

He begins to go into a rage, throws a tantrum and gets red in the face while YELLING inside my window, “ARE YOU QUESTIONING MY AUTHORITY!!!?” Since you’re questioning my authority, asking for my name and badge I’ll just write you a ticket! My name and badge will be on there for you. He then asked for my I.D. back. It was 2am, I had no one else in the car and I am a black man facing an angry white officer. I felt threatened with all the news stories going on today about blacks being shot so I gave in and gave it back to him. He cited me for deviating from marked lanes.

They would not release the video to me till after court but I eventually got the video. I watched it and it does not show me drifting/swerving into the other lane TWICE as the officer claimed. My car did however, drift within the lane a bit far to the right but I was still in my lane and no other cars were around and isn’t a violation according to the statue 331.08.

I filed a complaint with Officer Kupchik’s superior and was originally told he would be written up after he watched the dash cam video and agreed with me that he understood why I was upset. They however ended up backtracking their statement and was I told almost two months later that he was only verbally spoken to because the video didn’t show any violation of their policy.

As a public servant it is appropriate to identify yourself when asked regardless of the context in which it’s asked. If you are beating some and a bystander asks for your name and badge, you provide it. The idea that those who proudly boast about the blanket of security they provide us, sure aren’t too quick to take recognition for it.  After all if you are doing something honorable wouldn’t you want people to know about it?