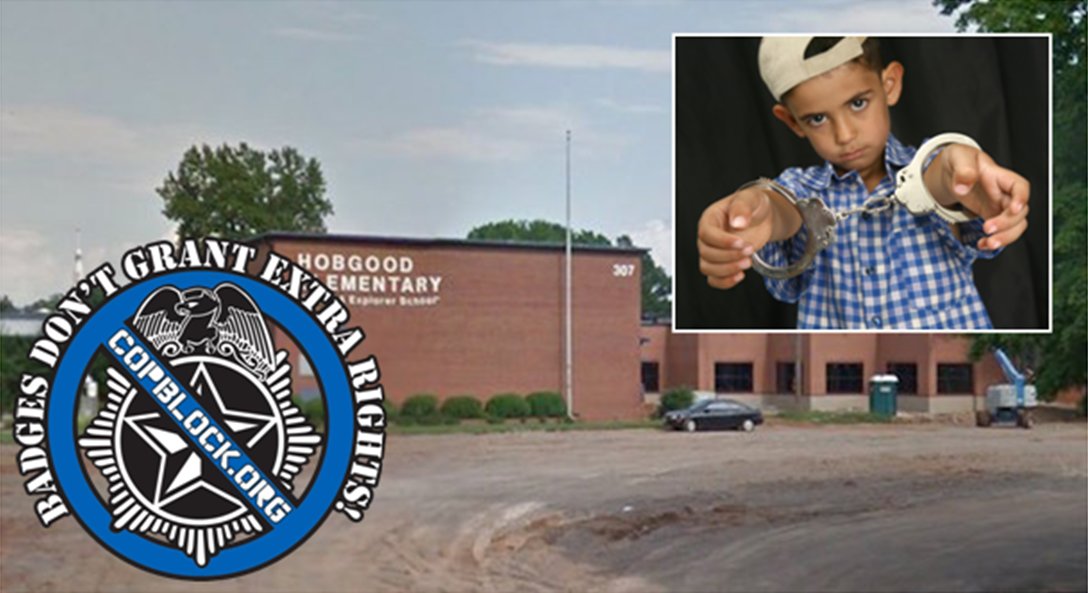 Parents in Murfreesboro, Tennessee are livid after they say students as young as six-years-old were handcuffed and arrested at Hobgood Elementary School.

At a community meeting on Sunday, Murfreesboro residents said at least five children were booked into the Rutherford County Juvenile Detention Center on Friday after they failed to intervene in a fight that occurred off campus. After watching a video recording of the altercation, police determined that the students had not done enough to break it up, and obtained arrest warrants for them.

“They are getting carted off and being detained for something they didn’t have anything to do with,” parent of three of the children, Zacchaeus Crawford said. “My anger Is not just festering. I’m not going to lie to you, my anger is over boiling.”

Murfreesboro police chief Karl Durr assured residents at Sunday’s meeting that an investigation will be launched to examine whether or not what officers did was necessary or legal.

“We will take a look at this and say how can we do things better?” Durr said, asserting that his department would convene on Monday to discuss what occurred. “How did we error and what can we do different next time?”

School officials have not commented on the situation but school safety and education officer Christopher Williams praised the outcome stating that staff “handled the situation as wonderfully and as good as they could have.”

At Sunday’s meeting, held at First Baptist Church on East Castle Street in Murfreesboro, parents sounded off about how their children were treated like criminals in front of their peers, and said they were not immediately notified about the arrests.