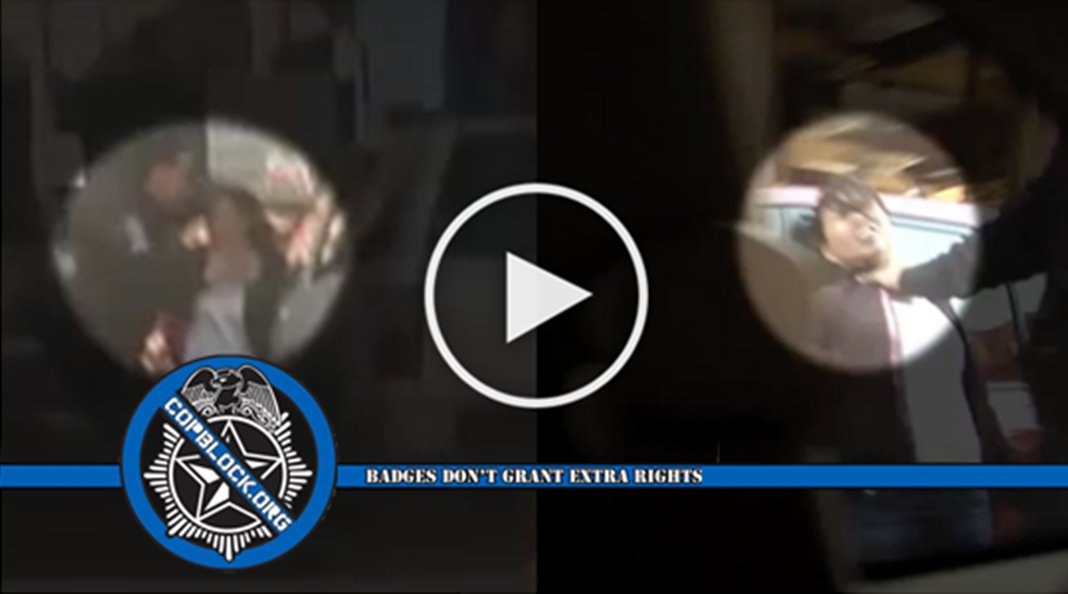 In an unsettling video uploaded to YouTube on Saturday, an NYPD sergeant is seen grabbing a woman by the throat and wedging her up against a vehicle.

Said to have occurred about five years ago, the cop, identified as Bill Harris, has since been promoted to lieutenant and now works in the 71st Precinct in central Brooklyn.

Harris can be seen taking hold of her throat from behind before he walks her backward towards what appears to be a red Toyota Yaris.

Filmed from inside a vehicle making its way down the street, the short clip shows the woman wincing as Harris keeps her throat clutched while pinning against the parked car.

Wearing sunglasses, Harris then turns toward his partner and is seen out of the rear of the moving vehicle pulling the woman toward him and the other officer.

It is unclear what preceded the incident or why the woman was detained, but NYPD officials say they are investigating the circumstances surrounding what occurred.

“A preliminary review of the video revealed that this is not a recent incident,” an NYPD spokesman said. “However, it has been forwarded to Internal Affairs for further review.”

Because the encounter happened more than 18-months ago however, Harris will face no department charges, even if it is determined he was in the wrong because the statute of limitations has expired.

It is unclear if Harris could face other disciplinary measures and Sergeants Benevolent Association President Ed Mullins called the video “inconclusive,” but the NYPD banned officer chokeholds in 1993.

According to the NYPD’s patrol guide, “a chokehold shall include, but is not limited to, any pressure to the throat or windpipe, which may prevent or hinder breathing or reduce intake of air.”

The video clearly shows a “chokehold” as determined by the NYPD definition.