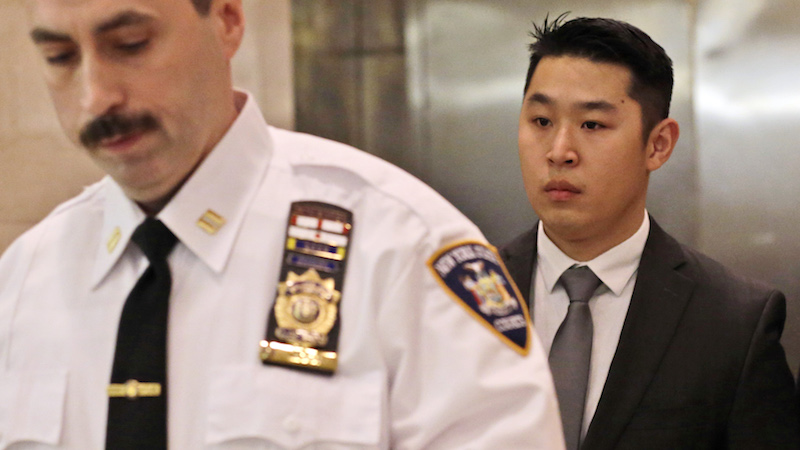 In 2014, NPD officer Peter Liang shot and killed Akai Gurley.  Officer Liang and Landau were on a ‘vertical patrol’ of a building when Officer Liang because frightened and fired his weapon in the dark. Gurley and his friend, Melissa Butler, were standing in the stairwell, two floors below them, when Gurley was shot in the chest by a ricocheting bullet.

The judge defended his decision by stating that the prosecution did not prove that the trigger happy officer “created a substantial and unjustifiable risk that a death would occur”.

I can only assume that by pulling out your weapon, pointing it into the darkness, and then pulling the trigger would create a situation where death would occur. (Of course, the officer said it was an accident, when in all reality, the officer fired because he was ‘scared’)

Now, the only justice that Gurley’s family can receive is from the lawsuit they have filed against the New York. But, if the cops have their way, they family will receive nothing, as they are blaming the victim for being killed.