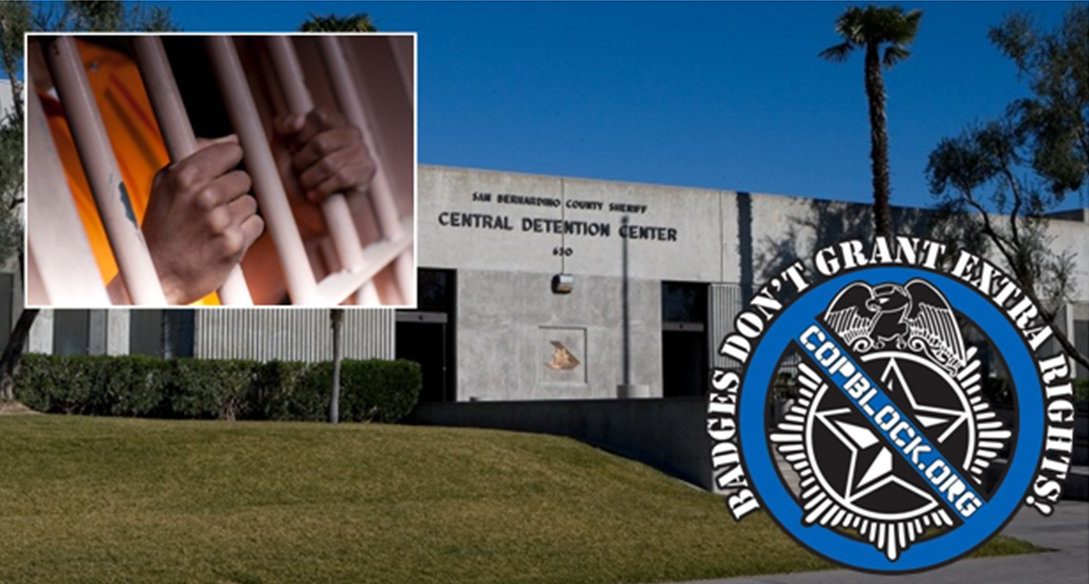 A California man is saying in a federal class-action lawsuit that the San Bernardino County sheriff’s department has wrongfully jailed hundreds of people over the last five years simply because they are too lazy to utilize available resources.

Martinez filed the suit after being stopped by a Colton cop for a traffic violation on Aug. 11, 2015, and was jailed under $100,000 bond on a warrant for a man with the same name but a different birthday. He said despite his protests of innocence, he was arrested anyway with police refusing to use information systems that are readily available to them like fingerprint databases to verify his identity.

According to the lawsuit, out of fear of being fired from work, Martinez borrowed bond money from family after spending a night in jail and was allowed to leave court nine days latter when a judge immediately noted that his birthday was different from the one of the actual suspect in question.

“What’s going on is that the police refuse to use the information systems available to them to catch the bad guys or exonerate the innocent,” attorney Donald Cook said. “It’s a fairly significant problem. What’s so upsetting is that the police figured out how to do this decades ago.”

The lawsuit says that in Martinez’s case, fingerprints of the suspect police mistook him for were filed in law enforcement systems because of previous arrests but according to Cook, jailers are reluctant to let people go because they might have to take responsibility for allowing a criminal back on the streets.

This means that it is more in the interest of the justice system keep innocent people in jail and the lawsuit asserts that the defendants named in the case have a long-standing practice of ignoring fingerprint numbers, birthdays and other discrepancies when they arrest people.

“It’s very frustrating. If it sounds outrageous, it’s because it is outrageous,” Cook said. “The issue of arresting the wrong person never goes away. The best time to address it is right off the bat. Instead, they kick the can down the road to let the judges figure it out.”

Citing the sheriff’s records of 450 mistaken arrests, the lawsuit says the defendants “have claimed that more than 99 percent of these wrongly imprisoned persons never complained to… personnel they were being wrongly incarcerated,” but maintains that claim is “patently false.”

The suit is seeking class certification and compensatory damages for false arrest, wrongful incarceration and false imprisonment. The defendants listed have made no comment about the pending litigation.

EDITOR’S NOTE: San Bernardino Sheriff’s have made the pages of CopBlock more than any other sheriff’s department. They are clearly heavy handed and willing to kill. Below are just a few of the stories we’ve shared regarding this gang: