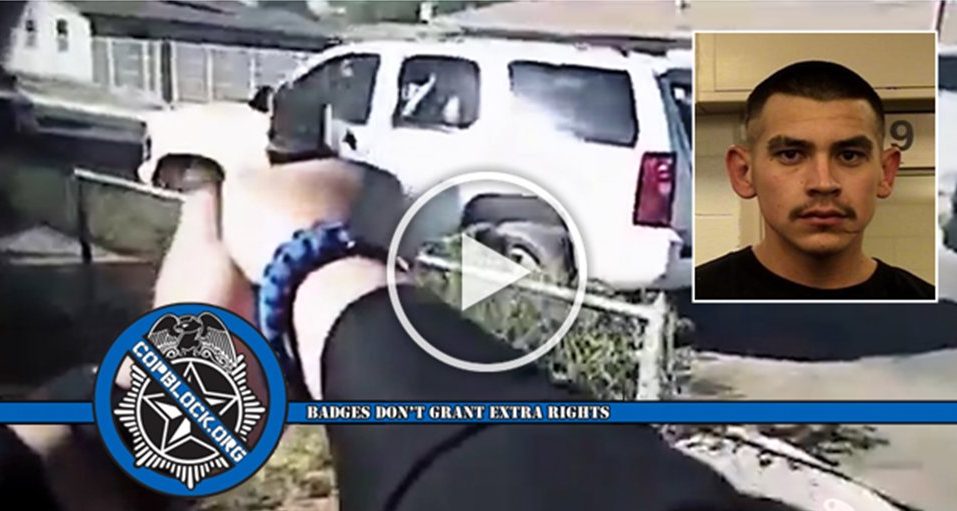 According to police, 20-year-old Rodrigo Garcia was wanted for vehicle theft, felon in possession of a firearm and drug charges when he drove a vehicle into a marked police car on May 28.

The next day, more than 10 officers surrounded Garcia in a yard in southwest Albuquerque near 62nd and Gonzales Street before he drove his SUV in reverse into a tree, and then forward into a chain link fence, pushing it over.

As a result, Lt. Michelle Campbell was knocked down when the fence fell and discharged her firearm once. Police said in reports that officers at the scene thought Campbell had been run over and opened fire as Garcia was driving away.

Body-cam video released on Friday shows Garcia stop his Chevrolet Tahoe in the road and put it in reverse. As the vehicle moves backward, police are seen unloading another volley of bullets before they scream for Garcia to show them his hands.

According to investigators, a total of 48 rounds were fired during the incident and Garcia was shot seven times suffering wounds to his head, shoulder, both hands, ear and right leg.

After the gunshots, a severely injured Garcia remained in the vehicle until SWAT officers threw a flash bang grenade at him and removed him. He was then taken to University of New Mexico Hospital to be treated for his injuries.

Although Garcia survived the ordeal, doctors were required to remove part of his brain and said that his quality of life would be severely affected henceforth, court documents say.

A Department of Justice investigation into the Albuquerque police department found that “APD engages in a pattern or practice of use of excessive force, including deadly force, in violation of the Fourth Amendment…”

The probe recommended reforms that are still being implemented and explicitly referenced officers shooting at moving vehicles. It said cops should not shoot at moving vehicles unless a deadly weapon is being used by a suspect other than the car itself.

No firearms or other weapons were found on Garcia and police decided not to file charges against him after the incident because of the severity of his injuries.

The officers were placed on leave following the shooting but have since returned to duty. Attorneys for Garcia and his family have said they plan on filing a lawsuit against the department for civil rights violations.

EDITOR’S NOTE: This is the same department that recently settled a 6.5 million dollar lawsuit after an officer shot an undercover cop in a drug bust worth $60 (see video below).