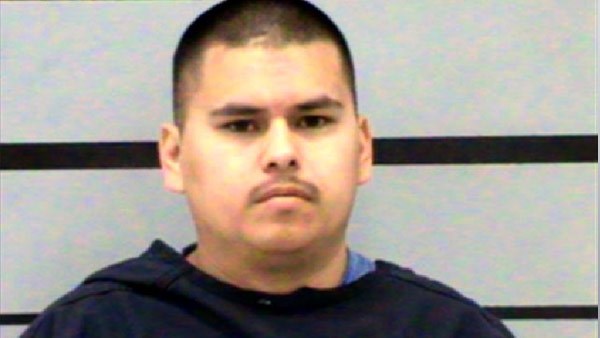 A corrections officer with the Montford Unit in Lubbock, TX, has been arrested and charged for child endangerment and child neglect. The situation started when Officer Michael Blanco’s 3-year-old child walked through an open front door and wandered the streets alone – at  night.

Officers were called to the scene and returned the child to Officer Blanco. However, within a short time, the child ‘escaped’ the home again. This time, a different neighbor found the child and called police.

The responding officer was able to determine that the child lived with Officer Blanco, due to the previous child abandonment call, and went to his apartment. According to the police report, the responding officer noticed the front door was opened, stating that the apartment was in “disgusting disarray. Trash strewn everywhere and furniture was overturned … there was an “overwhelming smell of dirty diapers and human feces”.

So what was the officer’s excuse? Apparently, Officer Blanco, who is a corrections officer, stated that he “couldn’t keep the child in the apartment and did not know how to lock the door properly.”

Statement from the responding police officer:

[Blanco] is 29 years old and is employed as a licensed, professional jailer in the Montford Unit, which is a facility within the network of jails operated and staffed by the Texas Department of Criminal Justice. A jailer is defined as someone who forcibly confines another. [Blanco] explained to [the officer] that despite the knowledge his vocation affords, he was either unwilling or unable to keep a three-year-old child inside of his apartment and away from busy traffic.

Officer Blanco was arrested and charged with abandoning/endangering a child and criminal neglect. He was released on $3,500 bond the same day as his arrest.

Note, though nothing suggests why the Officer was in such a state that he couldn’t keep track of his kids, know that the front door was open, or what prevented him from ‘knowing how to lock a door’, I think the pictures that Officer Blanco posted publicly on Facebook may give a clue …