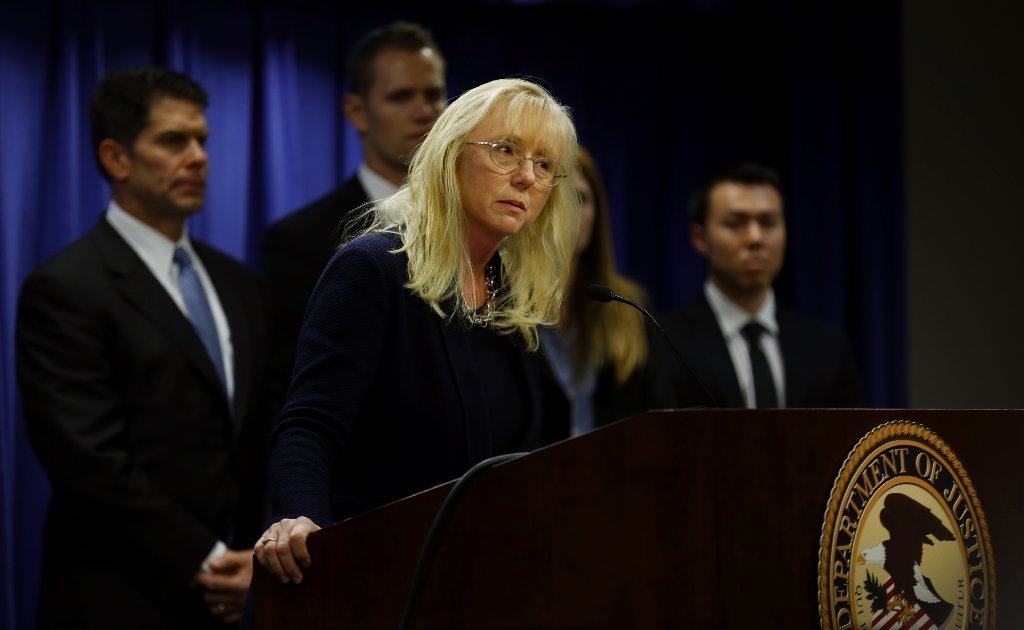 LOS ANGELES – A police officer employed by the Los Angeles Unified School District (LAUSD) was taken into federal custody Wednesday morning after being named in an indictment that charges him with the attempted sex trafficking of a child. Mauricio Edgardo Estrada, 28, who has been placed on administrative leave by LAUSD, surrendered to federal authorities following his indictment Tuesday by a federal grand jury. The two-count indictment charges Estrada with attempted sex trafficking of a child and use of the Internet to induce a minor to engage in criminal sexual activity.

The case against Estrada is the result of an undercover operation by the Los Angeles Regional Human Trafficking Task Force, which includes representatives of U.S. Immigration and Customs Enforcement’s (ICE) Homeland Security Investigation (HSI), the Los Angeles County Sheriff’s Department, and the Department of State’s Diplomatic Security Service. The Task Force was conducting an anti-sex trafficking operation in Artesia and posted an advertisement on Craigslist that was designed to attract individuals interested in engaging in commercial sex acts with minors.

Protecting children from sexual exploitation means focusing our resources on all aspects of the industry that preys upon young people,” said U.S. Attorney Eileen M. Decker. “Prosecutors in my office who deal with sex crimes against children have a long history of targeting those who produce, distribute and possess child pornography. We also aggressively prosecuted pimps who prostitute minors and use physical violence to establish and maintain control over their victims. Now we are turning our attention to customers who seek out young prostitutes, because their demand fuels an industry that causes so much harm to so many young people.

According to the indictment, Estrada responded to the Craigslist advertisement April 20 via email and subsequently engaged in a series of text messages with an undercover agent he thought was a 15-year-old girl. Estrada agreed to pay $150 to engage in sex with the “girl.” In preparation for the encounter, Estrada purchased condoms. When he arrived at a gas station in Artesia for the encounter with the girl, Estrada had approximately $150 in his possession. He was taken into custody by the Los Angeles County Sheriff’s Department and subsequently released from county jail after posting bond.

“It’s deeply troubling when those sworn to protect our kids, are accused of an act that violates every tenet of the oath they pledged to uphold,” said Joseph Macias, special agent in charge for HSI Los Angeles. “The reality is that the defendants in child exploitation cases come from all walks of life and access to children is all too often the common denominator. The predators who’re brazenly stalking our children online need to know that HSI, together with its law enforcement partners, is working tirelessly to track you down and hold you accountable for your crimes.”