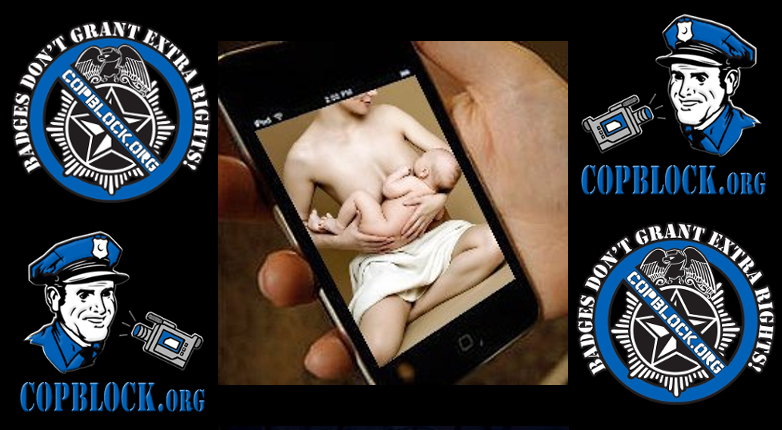 This story was submitted to CopBlock via our story submission page by a viewer who wishes to remain anonymously.

HAZEL PARK, MI – You could call this a bizarre story about an “eye-phone.”

In a peeping-Tom lawsuit filed in U.S. District Court Tuesday, Warren police dispatcher Megan Pearce claims Hazel Park police Officer Michael Emmi confiscated her boyfriend’s iPhone in a drug bust, took it home with him and then used a baby monitor app on the phone to spy on her while she breastfed her son in the nude.

Pearce is seeking both actual and punitive damages in her lawsuit, which raises Fourth Amendment claims and alleges violations under federal wiretapping and state invasion of privacy and eavesdropping statutes.

Pearce’s attorney, Kevin Ernst, told the Detroit Free Press the whole thing is “really creepy,” “outrageous” and represents “an interesting intersection between technology and the government’s ability to spy on people.”

“You have to be really careful about putting that technology in the hands of the government precisely because of things like this,” Ernst said. 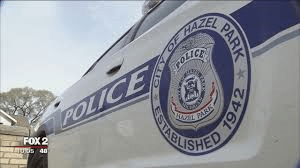 However, Hazel Park Police Chief Martin Barner told the Free Press that the allegations against Emmi are “odd and suspicious,” that he doubts their veracity and that Pearce may have more important things to worry about.

“There are a lot of gray areas here,” Barner said “What is she doing co-habitating with a felon? Maybe she’s got a bigger issue than my officer. There’s a lot more to this than ‘oh this police officer was spying on me while I was naked.’ Seriously?”

However, according to the lawsuit, Pearce realized she was being watched when she noticed the green light on the Nest Cam monitor — interfaced with Pearce’s iPhone and iPad and her boyfriend’s iPhone — began flashing the day after the arrest of her boyfriend, the baby’s father. Pearce and the baby had just taken a bath and both were nude when she went into the nursery to feed him, according to the petition.

“Shortly after she saw the light flashing … it occurred to Ms. Pearce that … she was being watched by someone else; someone was violating the sanctity and privacy of her home,” the lawsuit states.

Pearce used the “Find my iPhone” app to trace the phone to Emmi’s residence and tried unsuccessfully to untoggle the Nest Cam and her boyfriend’s iPhone, according to the lawsuit.