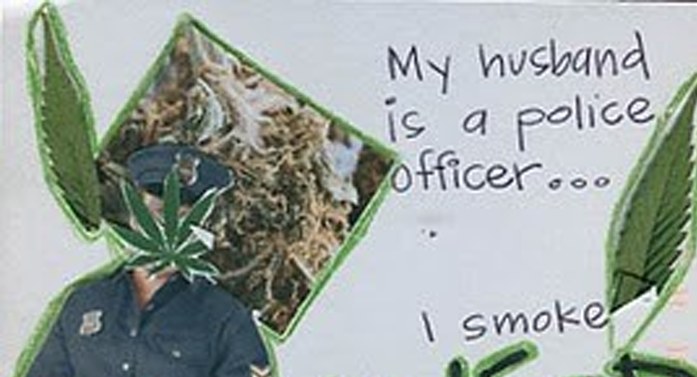 The passing of 2016’s unofficial cannabis holiday, 4/20, brought with it encouraging news from the DEA. America’s prohibition dragon head approved the study of medical benefits from smoking gunja. These developments suggest a shift in some extremely outdated perceptions to which many in government continue to cling.

It wasn’t long ago that the Drug Enforcement Administration’s head, Chuck Rosenberg, mocked the idea of smoking marijuana. “A joke” Rosenberg declared, a bold stance to take at the end of 2015. To date, according to Fortune, 24 states have approved the use of medical cannabis in it’s various forms, nearly half the country.

Now Rosenberg’s administration seems to have taken an ideological U-turn, approving a trial of smoking marijuana. The study will focus on the herb’s effects on veterans suffering from PTSD, having already conducted extract studies. The study, Fortune reports, will be conducted by the Multidisciplinary Association For Psychedelic Studies (MAPS). DEA’s recent decision marks a triumph for MAPS, which waited 5 years for clearance. FDA green lit inquiry in 2011, followed by the US Public Health Service in 2014, DEA was the last hurdle.

According to MAPS’ website, a $2.156 million grant was provided to catalyze the initiative. “We are thrilled to see this study overcome the hurdles of approval”, says MAPS Public Benefit Corporation Director Amy Emerson. “This study is a critical step in moving our botanical drug development program forward at the federal level.” DEA challenged another scientist, Dr. Rick Strassman, with it’s endless maze of approval requests prior to his DMT study. The ordeal is described in Strassman’s book, DMT: The Spirit Molecule which, despite it’s firm scientific foundation, can often be found in the “New Age” section.

Of course, DEA has approved the study and use of medically sanctioned cannabis extracts, oils, and the like. What makes this study significant is the fact that the whole plant, not just its active compounds, is under inquiry. The results of the study may help researchers propel their work, as well as the political whims of the people. Other such nuances, particularly the reemergence of psychedelic curiosity, add yet more optimism. Perhaps even, the results may sway DEA’s decision on whether or not to reschedule cannabis in the very near future. Rosenburg’s drug policy B-line may come off as a huge red flag, highlighting the political motivations behind continuing prohibition. Such rhetoric is loosing it’s vitality, and the establishment must shift or disappear with it’s policies.