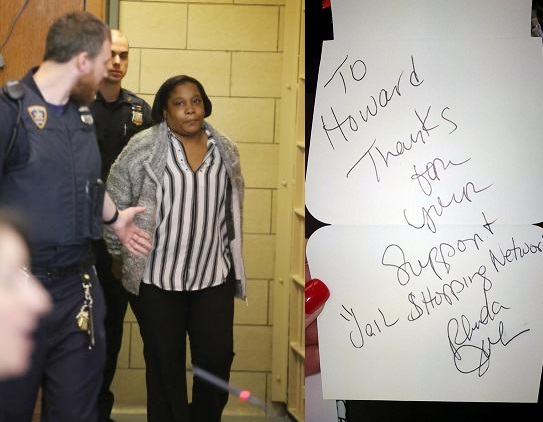 A veteran correction officer pled guilty and was sentenced Thursday to six years in prison for smuggling drugs and other contraband into the Manhattan Detention Center. Patricia Howard took a plea deal after she was accused of sneaking crack cocaine, pills and pot into the city jail known as The Tombs. Howard, 44, copped to attempted sale of a controlled substance and promoting prison contraband in exchange for the six-year sentence.

City Department of Investigation Commissioner Mark Peters said, “The correction officers who choose to engage in this illegal conduct are a driving force in sophisticated, underground contraband rings, and they compromise the safety of their colleagues and the jail system.”

Jarusinsky said the time Howard was caught represented “only a portion of the times she had smuggled contraband” into the facility “where her very job was to remove any contraband found in packages.” She said Howard had been bringing illegal items in “for months if not years.”

Investigators said Howard was at the center of a distribution ring involving an inmate and his relatives, all of whom worked to bring pot, cocaine, iPhones, lighters, pliers and oxycodone into the Lower Manhattan jail between December 2014 and May 2015. Jarusinsky also brought up Howard’s pending case in Westchester, where she allegedly handed cocaine to a fellow inmate while in jail there.

In that incident, Officer Howard was charged with promoting prison contraband, after she was caught in March handing off a folded piece of paper containing the white powdery substance, which later was identified as cocaine. That case is still pending. Defense attorney Christopher Renfroe said, “She’s remorseful for the incident.”

385
SHARES
FacebookTwitterGoogleRedditTumblr
DiggLinkedinStumbleuponMailPrint
You Can Support Cop Block by shoppping on Amazon using the banner below:
BANNERS ARE CLICKABLE