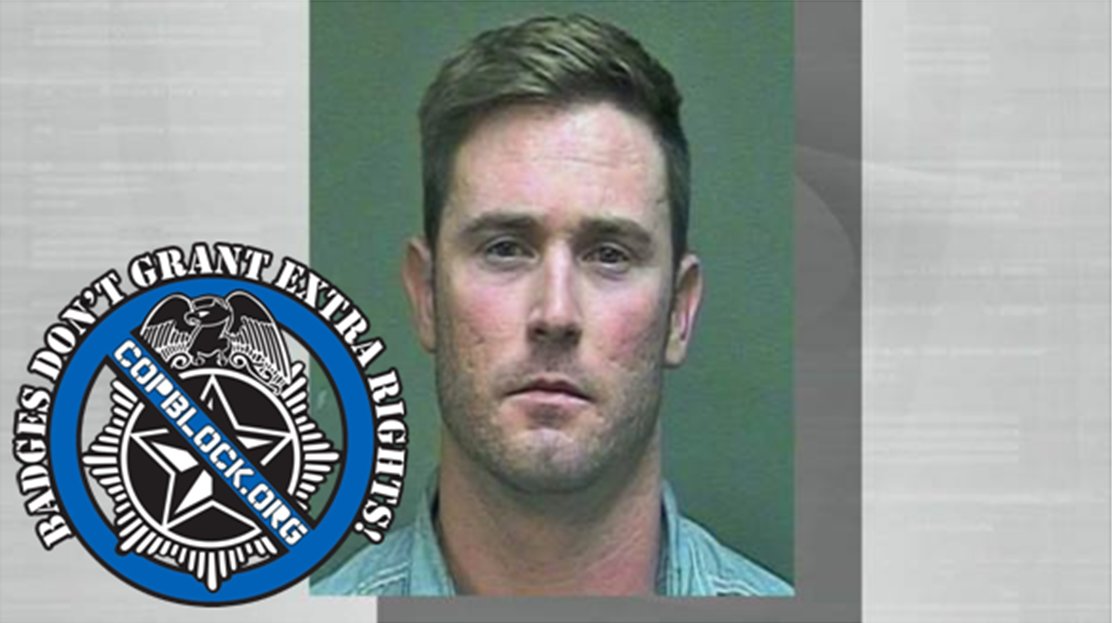 An Oklahoma cop with the Yukon police department is back on the job despite brutalizing a woman when he was off duty last year.

Zachary Dean Bradford was suspended with pay in November following claims by witnesses that he dragged the woman from her car by her hair and then punched her outside a residence in the 15800 block of Carriage House Road.

The off-duty cop then reportedly took off his shirt, tucked it in his pants, and fled the scene before he was found by Oklahoma City police officers near Memorial Road and North Rockwell Avenue where he was arrested for assault and battery.

According to the victim, she had been sitting in the driveway at a party in her vehicle when Bradford came out of the home and knocked violently on her window. She then opened the door to see what he wanted.

That’s when the assault occurred. The woman said she was forced to roll up into a ball with her eyes closed to protect herself during the melee, and maintained that she had never met Bradford prior to the attack.

She suffered cuts and lacerations on her left knee, right ankle, and right elbow and said she was dumfounded as to why she had been brutalized.

The host of the party said he witnessed what occurred and that the woman was “bleeding from her neck… crying and shaking.”

In March, Bradford reached a plea agreement with the Oklahoma County District Attorney’s Office and was convicted of misdemeanor assault and battery.

He was given a one-year deferred sentence in which he would remain under supervision by prosecutors, and received 40 hours community service.

In addition, Bradford was required to pay fines and court fees and attend AA meetings. He was reinstated at his position at the Yukon police department on Saturday, officials said Monday.

The decision to keep Bradford on as a cop speaks to the standards of the department and shows that they are content to employee officers that have proved themselves to be violent and unstable in their personal lives.

According to city officials, Bradford “has received discipline” at the department, but “because this is a personnel issue, we have been asked to refrain from providing additional details regarding the internal investigation and discipline.”